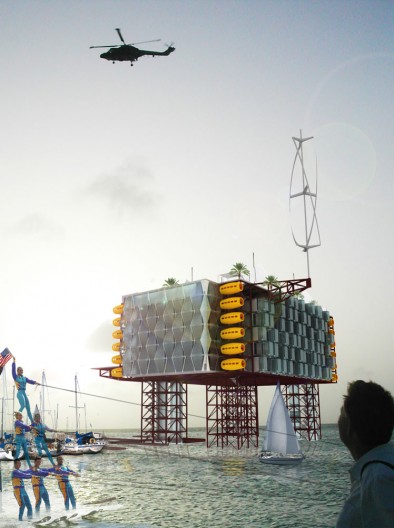 Courtesy of Morris Architects. In the future oil derricks will be luxury hotels and condos, and people wil ski around them in beautiful formations

Thousands of offshore oil rigs dot the ocean with nearly 4,000 in the Gulf of Mexico ready to be decommissioned.  What do we with all those derricks? Luxury Hotels

Morris Architects proposes:
If a deck on one of these rigs is about 20,000 square feet, then there is potentially 80 million square feet of programmable space just off the coast of the United States. The current method for rig removal is explosion, which costs millions of dollars and destroys massive amounts of aquatic life. What if these rigs were recommissioned as exclusive resort islands? Could the Gulf be America’s “Dubai” and the rig the artificial island on which to build it? This project examines the possibilities of creating a self-sufficient, eco-friendly high-end resort experience in our own backyard – the Gulf of Mexico.

The rooms themselves are prefabricated and shipped to the platform.  But don’t worry if they actually build these you won’t be able to afford it.  Hat tip to BLDGBLOG 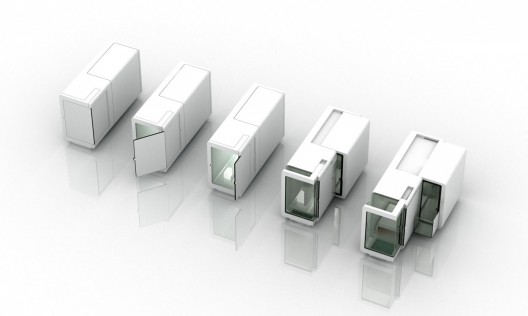 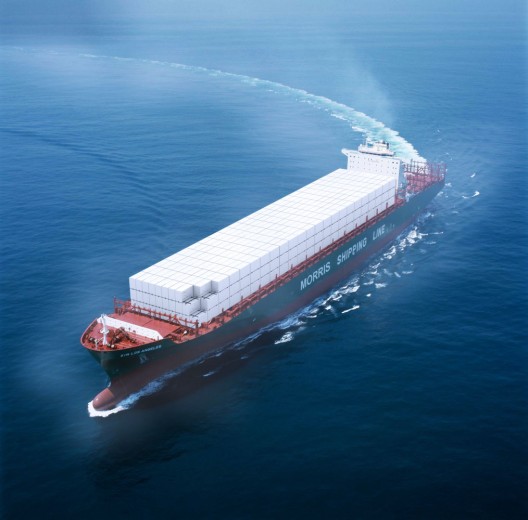