With Mardi Gras recently passing, I was privileged to partake of a King Cake graciously offered by a coworker.  Originally European in tradition, the riche brioche-style cake is now also popular along the Gulf coast. King Cakes are recognizable from nearly 3 miles away by the patches of green, purple, and gold sugar that top a layer of icing.  Although I am a purist and prefer plain, the cake maybe filled with cream cheese, praline, strawberry goo, or any number of unpleasant concoctions.  The real surprise inside is a small trinket in the form of tiny plastic baby representing the baby Jesus.  The person who receives the slice of King Cake with the tiny baby Jesus is King or Queen of the day and bestowed numerous benefits.  Chief responsibility for the new royalty is supplying the next King Cake.  The sight of a King Cake invokes two responses from me.  One is daydreaming of my days spent in New Orleans with warm springs, Mardi Gras, Abita beer, and turducken. Second is a morbid fear of accidentally swallowing the tiny baby Jesus. Luckily, I survived another year without lodging a plastic Christ in my throat. 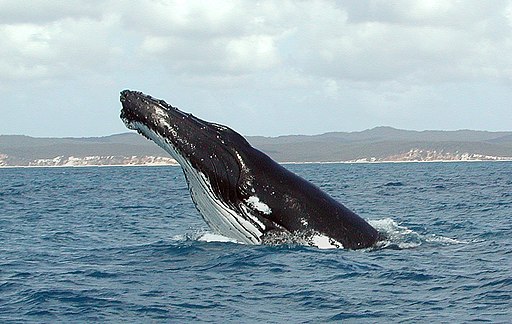 Accidental swallowing can also occur in the animal kingdom.  During 1979-1981, William Dolphin* and Daniel McSweeny were observing eating behavior of humpback whales in Fredrick Sound, Alaska.  At around 3:30 in the afternoon, one of the humpbacks defecated on the surface.  William and Daniel being great scientists took scat samples.  Among the scat and to no surprise was found numerous exoskeletons of krill, one of the primary food sources of humpbacks besides small fish.  However, two unique items for a humpback diet were also found among the scat.

Also included were the remains of two birds, identified by general size and bill shape as Cassin’s Auklets. Feathers were largely lacking and the eyes were missing but otherwise the epidermis was intact and exhibited only superficial signs of digestion. 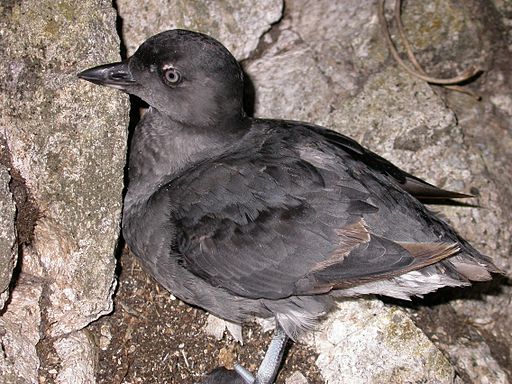 The auklets’ stomachs also contained krill.  So how did nature construct this version of turducken (krill inside an auklet inside a humpback, krillhumplet)?  Likely the auklets were accidently ingested by the humpbacks as both the birds and whales were feeding on the krill swarm.  William and Daniel estimates indicate more than 150 whales and 2,500 birds were feeding on the same krill swarm at the time.  As Dolphin and McSweeny end their scientific paper “For the auklets this was simply a case of being in the wrong place at the wrong time.”

Of course this pales in comparison to the checklist of items found in the stomach of tiger sharks.

The tiger shark is so badass it often consumes landbirds like the Yellow-billed Cuckoo, Bahama Yellowthroat, Morning Dove, and Woodthrushes. These likely represent opportunistic feedings on on unsuccessful bird migration attempts over water.

So what does this tell us?  First, tiger sharks are badass and deserving of spot on the 10 species every man should love list.  Second, humans have done a phenomenal job of polluting the ocean.  Seriously a chicken coop, a tire, and explosive?  Third and most importantly, is the peculiar feeding habits of the  tiger shark perhaps represents a beautiful example of evolutionary adaptation.

Despite the fact that the tropical seas it typically inhabits are rather nutrient-poor, this species grows to impressive size – a length of at least 18 feet (5.5 metres) and a mass of more than 2,000 pounds (900 kilograms). Perhaps as an adaptation to its nutrient-poor habitat, the Tiger Shark seems willing to extend its diet to just about anything it can swallow. As though to protect it from its own gastronomic adventurousness, the Tiger Shark has a capacious stomach with a muscular wall that is proportionately some three times thicker than that of any other [shark].

One Reply to “What’s In Your Stomach?”