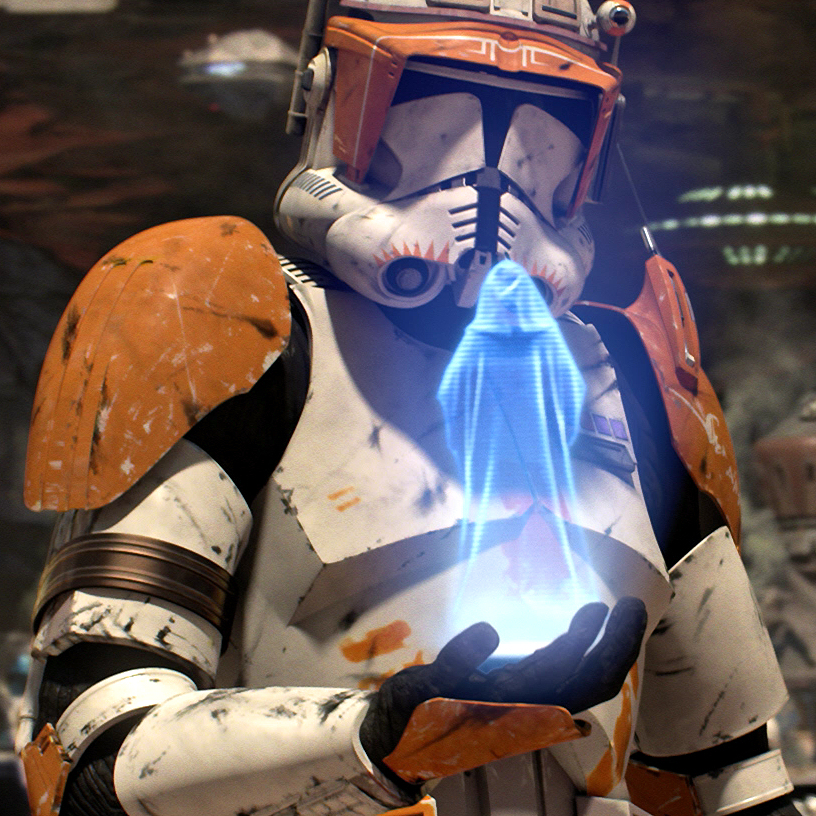 In the third or, um, sixth Star Wars movie, Emperor Palpatine finally reveals himself as the evil Sith lord Darth Sidious when he orders the assassination of every Jedi in the Galaxy by clone soliders (who either later or earlier become the infamous storm troopers of the first or, er, fourth episode).  This edict is ominously called “Order 66” or Operation Knightfall and marks the operational beginnings of the Galactic Empire.

This satisfies (a bit) my burning desire to fit a Star Wars reference into one of my posts and has absolutely not much to do with marine biology except in my iconographic interpretation of the number 66 and a general ominous sense of impending doom.  That’s because NOAA has recently publicized its intentions to list 66 species of corals (59 Pacific and 7 Caribbean/Atlantic) as Endangered under the Endangered Species Act of 1973, including the two most important Caribbean stony corals: staghorn Acropora cervicornis and elkhorn A. palmata.

Actually, they were kind of pushed into it by the Center for Biological Diversity, which petitioned them to list 83 species back in 2009.  NOAA hadn’t responded to CBL by the required deadline so CBL sued them earlier this year to prompt a decision.  After various discussions internally, with CBL and with public and stakeholders, NOAA has responded with a proposal to list 66 species under the ESA.  They are not listed yet – one more round of public comments remains – but the proposal is on the table and barring legal action in opposition, it seems likely to go through.  And there was much rejoicing, right?  Right?  Well, maybe. Caribbean Elkhorn is one of the speciesproposed for ESA listing. Img: NOAA

On the face of it, protecting endangered species under ESA seems like the Right Thing to do.  It prevents “take” of specimens from the field and protects designated critical habitat from destruction by development and other human activities, which all seems good.  However, it’s not without its problems.  In the drive to prevent Bad Actors, the ESA makes life a lot harder for the Good Actors too, a perennial problem for any restrictive bit of legislation (can you say gun laws, anyone?).  In the case of corals, for example, this might make it harder for those interested in vegetative restoration efforts (“coral nurseries”) to obtain brood stock or plant out their propagated corals.  Another unanticipated problem concerns taxonomy.  It’s relatively easy to list a well-defined species like, say, the black footed ferret, but for corals the story is not nearly as simple.  Among the species proposed for ESA listing in the Pacific arena are many acroporid corals that are damn hard to distinguish, even for experts.  When defining that which needs protection is such a critical first step on the path to effective conservation, such ambiguity makes for a difficult situation.  In a way it may result in a sort of de facto protection of ALL reef forming corals, since the risk of inadvertently damaging an endangered species you failed to identify may well be considered not worth the risk.  Maybe that’s a good thing, I don’t know.

At least one research and conservation group has proposed that the ESA listing may not be the best approach to effective coral conservation.  Andy Rhyne from Roger Williams U. and others from Boston University, Conservation International and New England Aquarium have proposed that engaging in regulated trade in live corals for the home aquarium hobby would provide a better motivation for local communities in reef-blessed regions to develop sustainable harvesting (or cultivating, or both) practices that would both protect their precious natural resource and provide for long term economic benefit.  They point out that listing species and designating critical habitat effectively removes the possibility of placing a meaningful value on the ecosystem services provided by intact reefs, effectively taking a lot of potentially beneficial conservation practices off the table.  They may have a point, but I do worry that any sized market also provides incentive for unsustainable harvest by those without the know-how or support to do it sustainably, or who just have bad intentions, thus raising the need for some sort of sustainability certification, which is a whole other kettle of fish.

DSN’s Rick MacPherson, who moonlights on the side as the Conservation Programs Director for the Coral Reef Alliance,  weighed-in on the pros and cons of Order 66:

It depends on what day I wake up as to whether I’m more in Andy Rhyne’s camp regarding access to reefs for aquarium trade, or whether I’m in the “Shut ‘er Down” camp.  It’s a slippery slope for sure.  I don’t think the coral aquarium trade is any different (fundamentally) than any other reef extractive practice (like subsistence fishing for instance).  You have your good players who use sustainable practices and observe catch limits (or Optimum Sustainable Yield), and you have your dickheads who scorch the earth.  Do you close it all down (and pour dollars into enforcement)?  Or do you carve out exceptions and permits (and pour dollars into enforcement)?  No easy answer.

I think the legislation in the end will be important from a political and awareness perspective and will perhaps force a discussion ABOUT the big bad of climate change.  If I were to channel my CBD neighbors here in San Francisco about Order 66, I’d conclude that the lawsuit and proposed listing is part of a much larger, endgame strategy of seeing the US take demonstrable action on curbing CO2.  We will need Order 66, another one for coal, oil, and wood burning, another for refinery and industrial emissions, and yet another for the auto industry.  The sum of these efforts will create a nuisance effect to drive more meaningful Congressional and Executive action.

The consequences of listing corals under the ESA are hard to predict, but any way you slice it, it’s an ominous indicator of the state of coral reefs in both the Pacific and Caribbean.  With live coral cover down to the single digits across most of the Caribbean and on a negative trend in the Pacific, it’s going to take a lot more than one piece of legislative listing to save reefs, even one as profound as the ESA.  Among the challenges lies the biggest and ugliest environmental issue our generation will (or rather, refuses to) face: climate change; without addressing that, we may just be rearranging deck chairs on the Titanic.

If you are interested in participating in the discussion of the proposed listing, there’s an open webinar and public comment session this Wednesday at 4PM Eastern.  Info here