This was originally posted at alistairdove.com June 21, 2010. To see another bizarre parasitic relationship, check out Rebecca Helm’s recent piece on the marvelous world of Sacculina barnacles parasitic in crabs.

My good colleagues Janine Caira and Georga Benz wrote a paper way back in 1997 about one of the strangest parasites ever recorded in an animal.  This paper has stuck with me ever since, I think because I saw the original photos when I visited George’s lab back when he was with Tennessee Aquarium (he’s now at Middle Tennessee State U.).  So, I thought I’d revive it for you guys; the story goes like this: 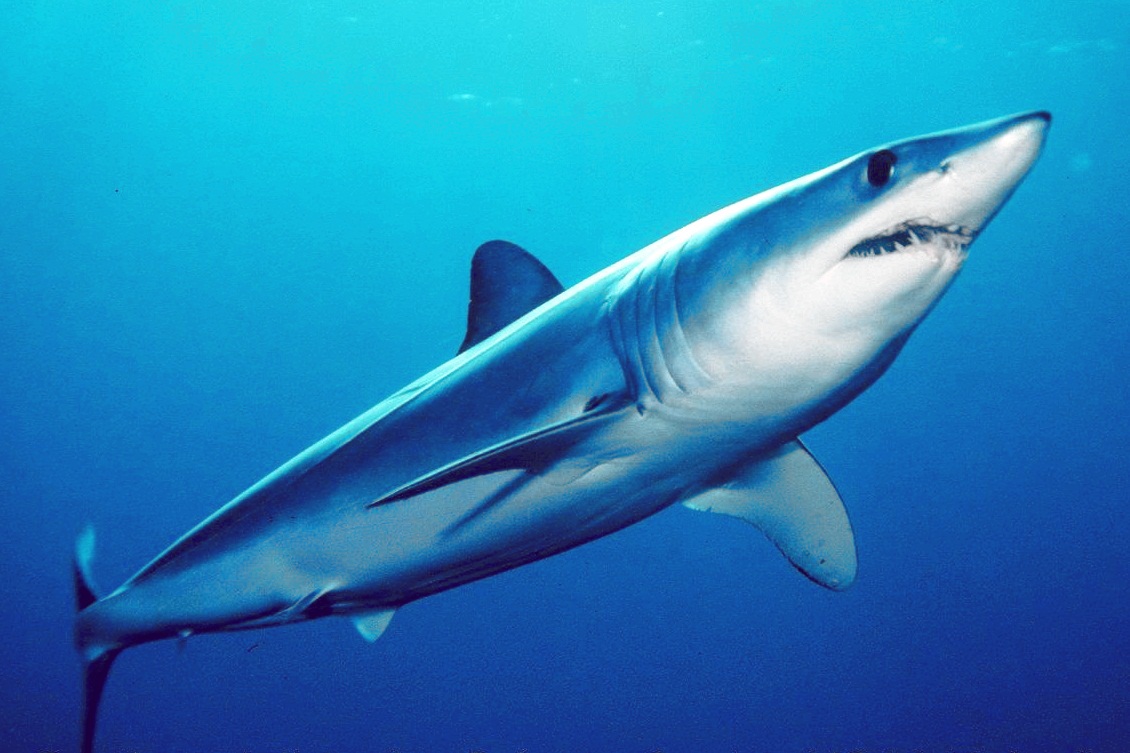 Janine and her co-author Nancy Kohler had received a report from a longliner of a really big foul-hooked shortfin mako caught near Montauk, NY.  Now, Janine is the queen of tapeworm taxonomy in sharks and rays – believe it or not, there’s lots of them – and had visited Montauk before to collect parasites during catch-and-kill shark tournaments held there.  To make the most of the unfortunate death of this mako, they raced across the sound from Connecticut to collect parasites from the beast.  It was a huge animal, nearly 900lbs, and during necropsy, as they say in the paper, they “were astonished to find two anguilliform fish in the lumen of the heart”.  Thats right, eels; this shark had two eels living in the chambers of the heart!  These particular eels, called pugnose eels, Simonchelys parasitica, have been recorded before burrowing into the flesh of halibut and other large North Atlantic fishes (hence their species name), but never completely internal and certainly not in the lumen of the heart, so this was a truly remarkable find. 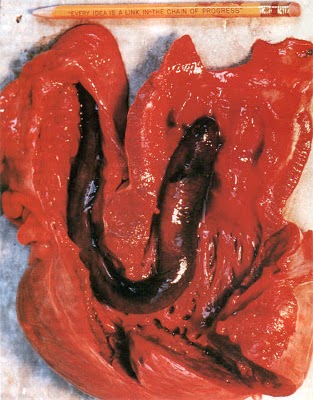 Janine and her colleagues were unable to determine the path of entry, but they showed good evidence that the eels were alive in the heart prior to the shark being killed and put in the fridge, because their guts were full of blood and there were pathologic changes to the heart.  Their conclusion?  That this was a facultatively parasitic relationship.  In other words, the eels didn’t need to be living in the sharks heart (that would be obligate parasitism), rather they took advantage of an opportunity to get a meal.  They proposed that the eels probably attacked the shark after it had been hooked and was dangling, distressed, from the longline.  They had some evidence that the shark was probably resting on the bottom, which may have made it easier for the eels to find.  The pugnoses somehow gained entry (hypothesised to be through the gills) and made their way to the heart, where they dined on the beasts blood up until it died.  Maybe they would have burrowed out again after the animal expired, maybe they would have suffocated (remember – the eels had be swimming in and breathing the sharks blood once they were inside, how bizarre is that?).  We’ll never know because the carcass went in the fridge, which ended things for the eels, but also led to this amazing discovery.