So we all know that seamonsters are whale wedding tackle. Joe Nickell over at the Skeptical Inquirer discusses the “Mysterious Enitites of the Pacific Northwest”.  Included is Cadborosaurus, the sea serpent, which Joe attributes to decaying basking sharks, odd shaped rocks, and otters swimming in formation.  That is all well and good but I provide another explanation for mysterious enitites in the Pacific NW.  Marijuana usage.

The Pacific NW is a hotspot, along with Northern California, Colorado/New Mexico, and New England.  Oddly enough, I think sea serpent sightings are also high in New England.

Figure 1. Marijuana Use in Past Month among Persons Aged 12 or Older, by Substate Region: Percentages, Annual Averages Based on 1999, 2000, and 2001 NSDUH Data 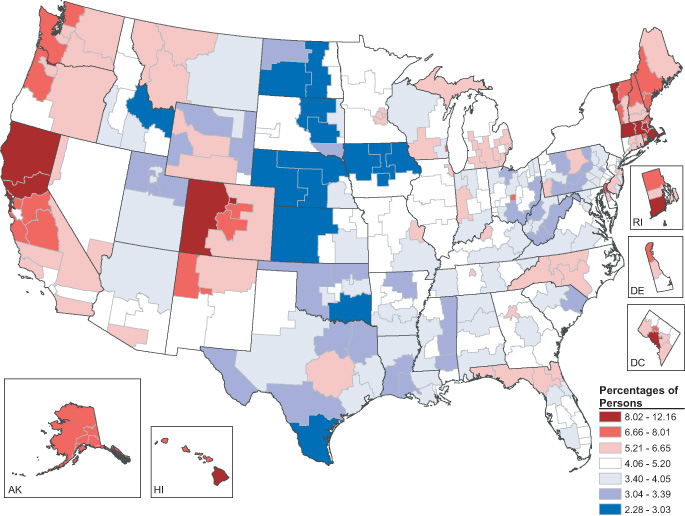