In the last two years hurricanes have ravaged the Gulf coast causing millions of dollars of damage to property and the loss of numerous lives. More powerful hurricanes also destroyed millions of acres of marshes. “The significant loss of marshes on the southern Louisiana coast has allowed for Gulf of Mexico water to migrate up the Mississippi River,” stated Dr. April Montgomery of the National Hurricane Center. This increases the saltiness of the river, what scientists refer to as salinity, letting several ocean organisms to move up the river. “Currently we have reports of marine species reaching as far up as Helena, Arkansas,” noted Dr. Seth O’Dod. A deep-sea squid, however, has lead the invasion with record numbers. “Loligo fakei, a species typically found typically in the deep Gulf of Mexico, is moving up the Mississippi in dense schools but dying when they reach the warmer waters south of Memphis,” stated O’Dod. Apparently, huge masses of dead squid are being found on the shores of the river. 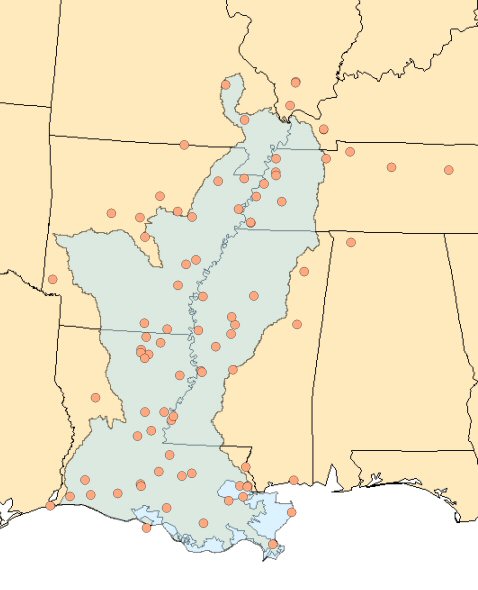 8 Replies to “Hurricanes Leads to the Incursion of Deep-Sea Squid Up the Mississippi.”