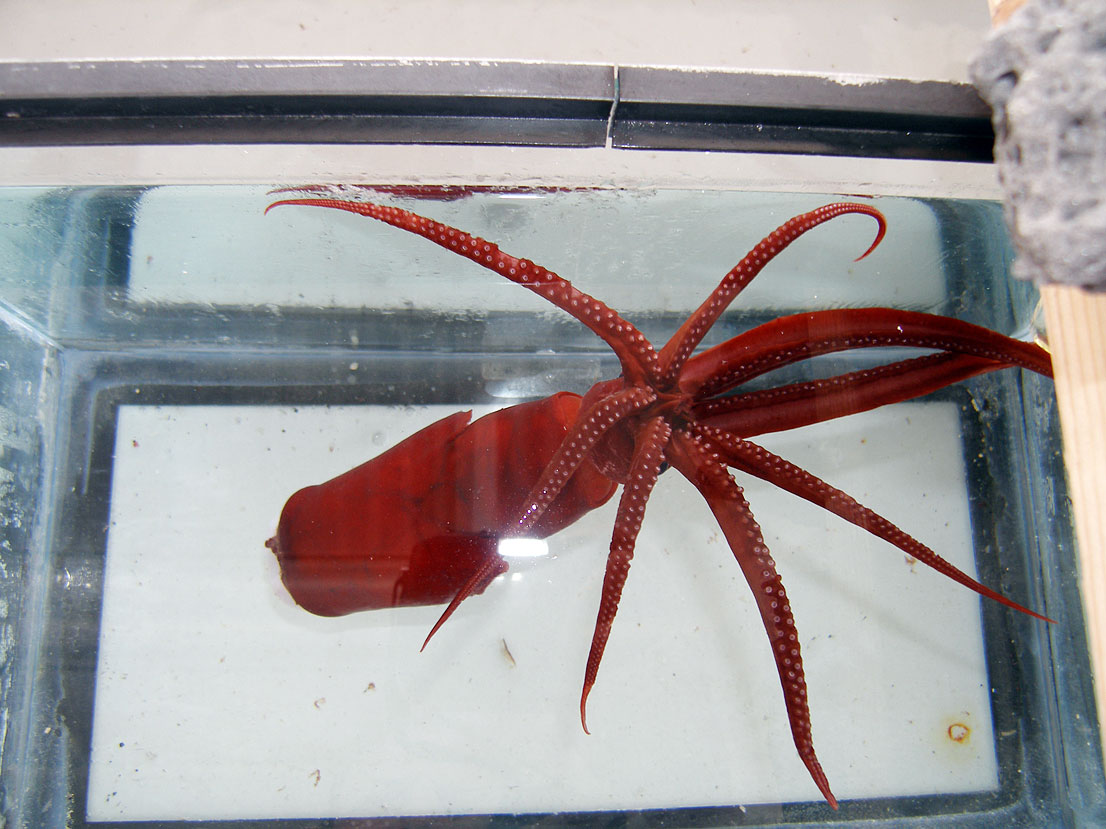 From the Honolulu Star Bulletin…

What appears to be a half-squid, half-octopus specimen found off Keahole Point on the Big Island remains unidentified today and could possibly be a new species, said local biologists. The specimen was found caught in a filter in one of Natural Energy Laboratory of Hawaii Authority’s deep-sea water pipelines last week. The pipeline, which runs 3,000 feet deep, sucks up cold, deep-sea water for the tenants of the natural energy lab.

Actually, Richard Young, one of the world’s leading cephalopod experts, at the University of Hawaii at Manoa states the specimen tentatively belongs to the genus Mastigoteuthis, but the species is undetermined.

Although “octosquid” brings in the readers, it appears to be just a squid. TOL’s webpage on the Mastigoteuthids, coauthored by Young, notes that

Mastigoteuthids are deep water pelagic or benthopelagic squids that are morphologically distinctive. They are weakly muscled and reddish in color and have elongate fourth arms. Much of the red pigment is not in chromatophore organs but dispersed in other integumental cells, although chromatophores are present. The Mastigoteuthidae, however, is among the most taxonomically confused families of all deep-sea squid. The reason for the taxonomic confusion within the family is that many characters are based on the structure of the tentacles and photophores in the skin. Tentacles are often lost and the skin abraded during capture.

The most interesting part about the group is the tentacular clubs are covered with a thousands of extremely small suckers.

The tentacles appear, in freshly dead specimens, to function much like “fly paper”: anything that touches them sticks.