If you live in Washington DC, or plan to visit within the next 30 years, you’ll have to make time to visit the new Sant Ocean Hall at the Smithsonian National Museum of Natural History. It’s the most recent addition since the beloved Hall of Mammals opened five years ago. New York Times has a nice perspective piece if you’re interested, but I’m afraid all we’re good for at DSN today is a few pretty pictures.

Don’t let the brevity of this post undermine the significance of the event. The Sant Ocean Hall has been a long time coming. Many curators have come and gone since its original conception. 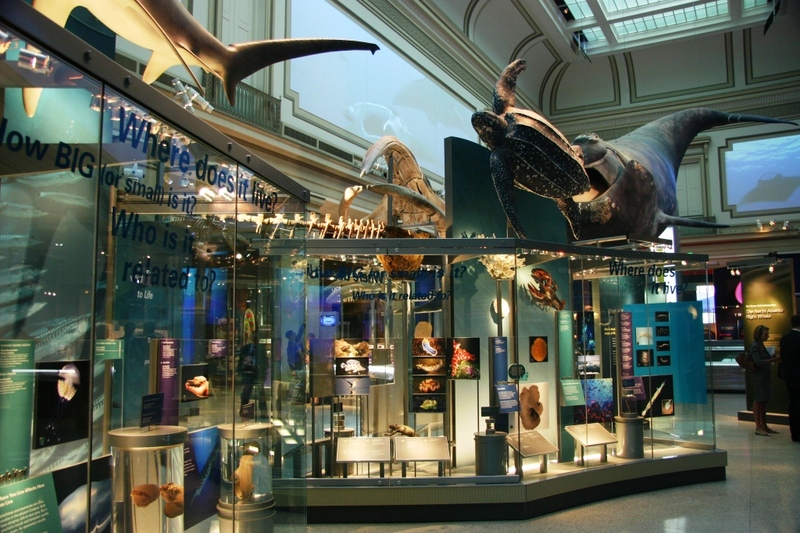 The bamboo coral in the lower right of the above picture is a gift from me, actually, on behalf of the 2004 Gulf of Alaska Seamount Expedition. The amazing story of the coral’s recovery by Alvin pilot Bruce Strickrott is described at the bottom of the page at the NOAA-OE website here.

7 Replies to “New Hall of the Oceans at the Smithsonian”