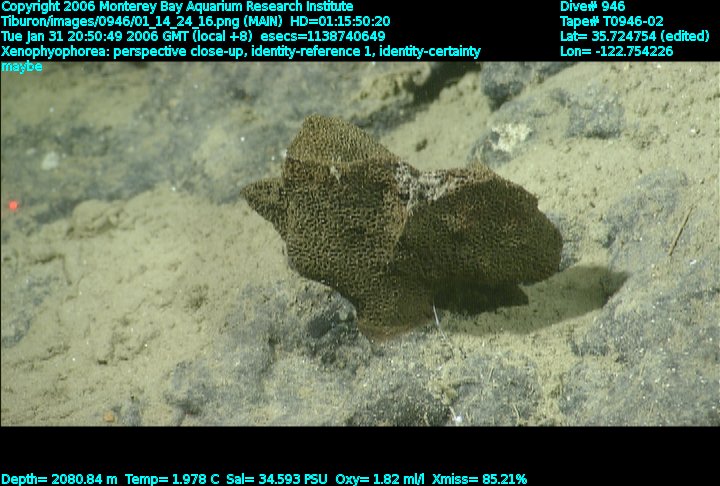 Xenophyophores come in at 22 for several reasons.  First, they represent the largest single-celled organism on Earth. The largest of them is Syringammina fragillissima at a maximum of 20cm in diameter.  Second, in some areas of the deep, they are the dominant species with over 2,000 individuals per 100 square meters. Then there is the fact that, like ameobas, they use a pseudopodium to engulf food from the mud around them. While doing this they secrete a mucus that can cover a sizeable area on the seafloor.

Fourth and last, you know this is going to be a cool species when its scientific name means "bearer of foreign bodies".  The over 40 species of Xenophyophores all build tests from the dead parts of other things, be it diatom skeletons, sponge spicules, or broken shells.  To this they may add in sediment grains and a fecal pellet or two for fun.

So to recap, big single-celled animal that secretes a slimy goo all over and attaches the parts of dead things to itself.

Image from Bedford Institute of Oceanography