…visit Tiny Art Director.  I spend the morning there reading over Bill Zeman’s posts.  Bill is an artist, who receives  art direction and guidance from his now 4 year old daughter. 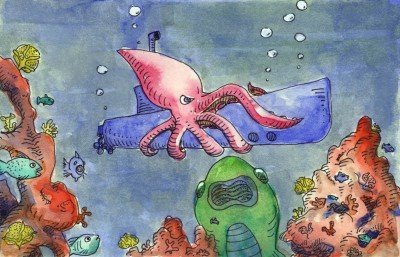 The Brief: an octopus The Critique: I don't like the scary green fish because he's bad. I want to help you. I want to erase him. Job Status: Rejected