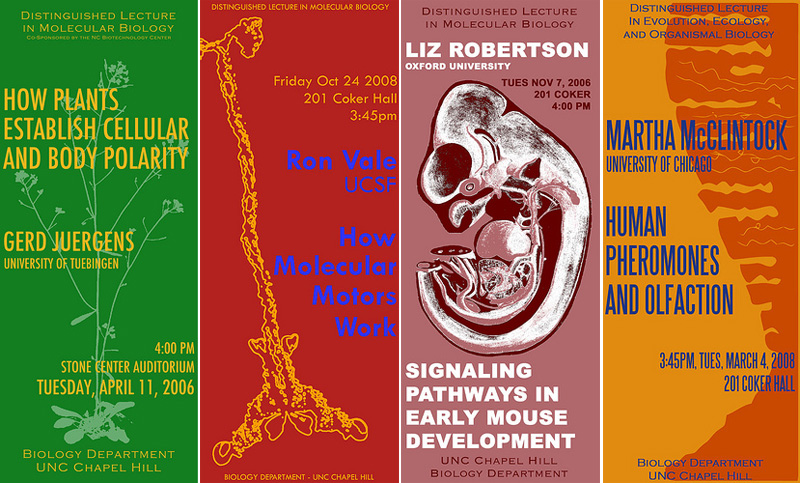 I wish my talks had posters like this.  The Biology Dept. at University of North Carolina commissioned a local indie poster designer to create flyers for their lectures.  Rumor has it that one lecturer bit the head off a bat and another required a silk rob to be removed before his performance.

…and finaly I like to conclude with the finding that my data clearly show that these principles are gerneral across levels of biological organization.

Thank you and goodnight Chapel Hill!

One Reply to “Science is Rock and Roll Baby!”