Although KZ and Peter tease me about my iPhone (they secretly want one), I have today released DSN optimized for your iPhone.  It now will load on your mobile quicker and faster than before.  This way you can continue to stay in touch with us here when your in BFE and all you get is the Edge network.  Just go to deepseanews.com in your  iPhone browser and we’ll take care of the rest. 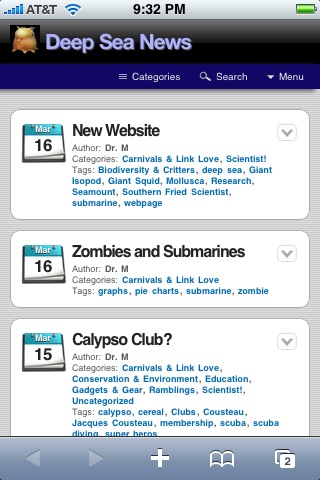 5 Replies to “DSN On Your iPhone”