BERLIN (AFP) — Indian and German scientists have said that a controversial experiment has “dampened hopes” that dumping hundreds of tonnes of dissolved iron in the Southern Ocean can lessen global warming. The experiment involved “fertilising” a 300-square-kilometre (115-sqare-mile) area of ocean inside the core of an eddy — an immense rotating column of water — with six tonnes of dissolved iron.

As expected, this stimulated growth of tiny planktonic algae or phytoplankton, which it was hoped would take out of the atmosphere carbon dioxide, the principal greenhouse gas blamed for climate change, and absorb it. However, the scientists from India’s National Institute of Oceanography (NIO) and Germany’s Alfred Wegener Institute (AWI) did not count on these phytoplankton being eaten by tiny crustacean zooplankton.

“The cooperative project Lohafex has yielded new insights on how ocean ecosystems function,” an AWI statement published on Monday said.

“But it has dampened hopes on the potential of the Southern Ocean to sequester significant amounts of carbon dioxide (CO2) and thus mitigate global warming.” 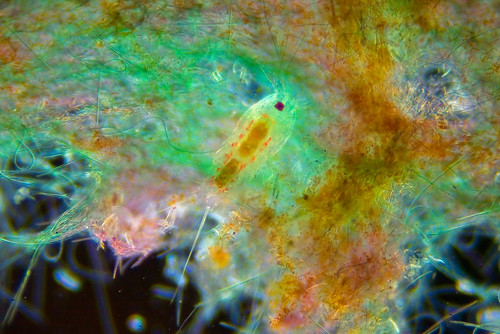 9 Replies to “Iron Fertilization Will Not Help Global Warming”