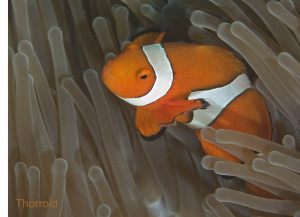 Since the first observations of transoceanic dispersal in marine snails (Scheltema 1971), long distance transport for marine animals has been a kind of Holy Grail for marine conservation science. Marine protected area (MPA) networks make sense to coral lovers, for instance, because most coral reef fish have pelagic larval durations exceeding 30 days. Lobster larvae drift on currents for two months as they metamorphasize through four stages before they recruit to their nursery habitat, 3-10 weeks from where they started.

An underlying principle for MPA networks is that distant places are connected by pelagic dispersal. This includes the nekton, or the active migrators, and the plankton, the passive migrators. Some seafloor (benthic) adults have open-ocean (pelagic) juvenile stages that contribute to the composition of the plankton. Current borne dispersal of juvenile organisms is referred to as larval dispersal.

The problem for passive larval dispersal is that currents retain larvae as easily as they disperse them, high larval mortality occurs, habitat quality is important, and many larvae are not entirely passive, i.e. they take advantage of stratified currents, ebbs and flows. The net effects of behavior, predation, habitat, and demographics deflate the importance of larval connectivity over ecological time scales. Downstream benefits may never be realized.

Isn’t that a bummer? Take a beautiful idea like “larval dispersal” and just stomp it to death with facts and caveats. You gotta hate that. Scientists love to ruin a good time. Of course, the minute you mention invasive species, all this talk goes out the window. People r like, “Hey yo, I dunno. Two Lionfish got outta my aquarium and populated the entire Southeast Atlantic Bight”.

Of course that happened. Species with several hundreds of eggs in a clutch will become hyper-abundant given absent predators and sufficient resources. North American invasive species like the green crab and Pacific Lionfish are excellent examples of larval dispersal. However, when it comes to reef fish,  there was no compelling evidence for long distance dispersal between coral reefs until ~2 weeks ago. People could jump up and down over the idea as much as they liked.

Here we use DNA parentage analysis to provide the first direct estimates of connectivity of a marine fish, the orange clownfish (Amphiprion percula), in a proposed network of marine reserves in Kimbe Bay, Papua New Guinea. Approximately 40% of A. percula larvae settling into anemones in an island MPA at 2 different times were derived from parents resident in the reserve. We also located juveniles spawned by Kimbe Island residents that had dispersed as far as 35 km to other proposed MPAs, the longest distance that marine larvae have been directly tracked. These dispersers accounted for up to 10% of the recruitment in the adjacent MPAs.

This is good news for MPA science. We need more papers like this. The point is that benthic animals can be connected over long distances. The habitat is fragmented. So, there is  good justification for protecting high quality habitats. They can “seed” habitats downstream.

The question remains, is 5-10% a significant contribution? My feeling is that over time it would add up. Either way, the results could feed a nice population dynamics model. The important point is that the authors have effectively demonstrated biomass overflow from an MPA into neighboring habitats, using state of the art techniques.

Special thanks to Dr. Simon Thorrold for the anemonefish picture above.