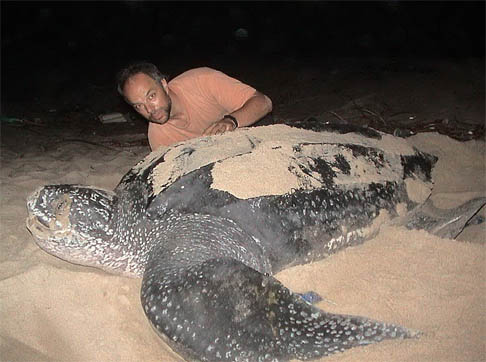 Dr. Carl Safina is one of the great ocean communicators. But can he speak turtle? Here Carl is photographed coaching one the the Leatherback turtles in the Great Turtle Race, presumably giving directions to Caribbean nesting grounds.

You can read daily updates on the race from Carl Safina, Olympic swim coach Rowdy Gaines, Sylvia Earle and others at the Conservation International blog. Rowdy’s latest report has (some) turtles leaving the Gulf, while others lag behind.

“Cali” is in the front of the pack! Double down, Lou. The map is here.

3 Replies to “TGIF: Carl Safina on the Great Turtle Race”