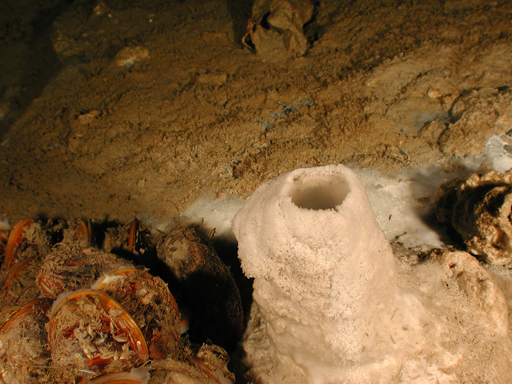 …takes more than a Red Bull.  You got to have the right metabolic pathways.  NSF highlights the work of Samantha Joye of the University of Georgia who studies how microbes survive and thrive in a deep, dark, noxious, oxygen-depleted, super-salty ecosystems that may be like the primordial ooze that life originated from.  This work culminated in a paper a few weeks back in Nature Geoscience.  Joye’s team shows that an active mud volcano and quite brine pool support not only different types of microbes but different types of metabolism.  Both of these contrast to the microbes of the surrounding water and sediment.  Joye, the lead on the paper, hypothesizes this reflect differences in dissolved organic matter from below the sediment surface and the contrasting flow rates in fluids between the two sites.

The NSF Site has video of Samantha Joye discussing these discoveries.