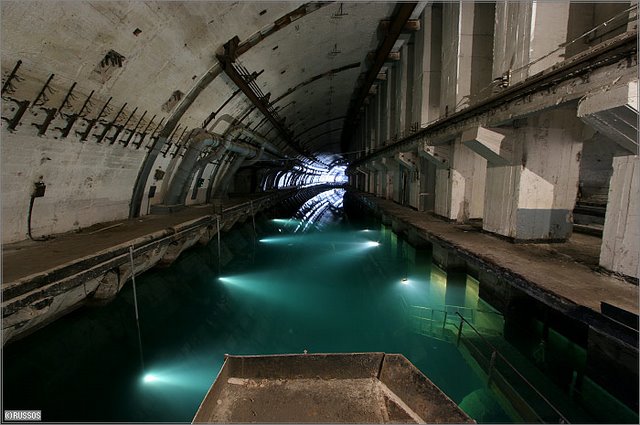 I just discovered this great blog that features abandoned man-made creations.  Each post features a set of pictures and some history on the structure.  By far the coolest post so far, is on the abandoned secret Russian underground submarine base in the Ukraine. There is nothing cooler than a secret underground lair where you keep submarines!

You can read about the town and base here and see the pictures here. Also interesting is the abadoned Sea-Arama Marineworld, an animal/entertainment park near Peter’s current location.