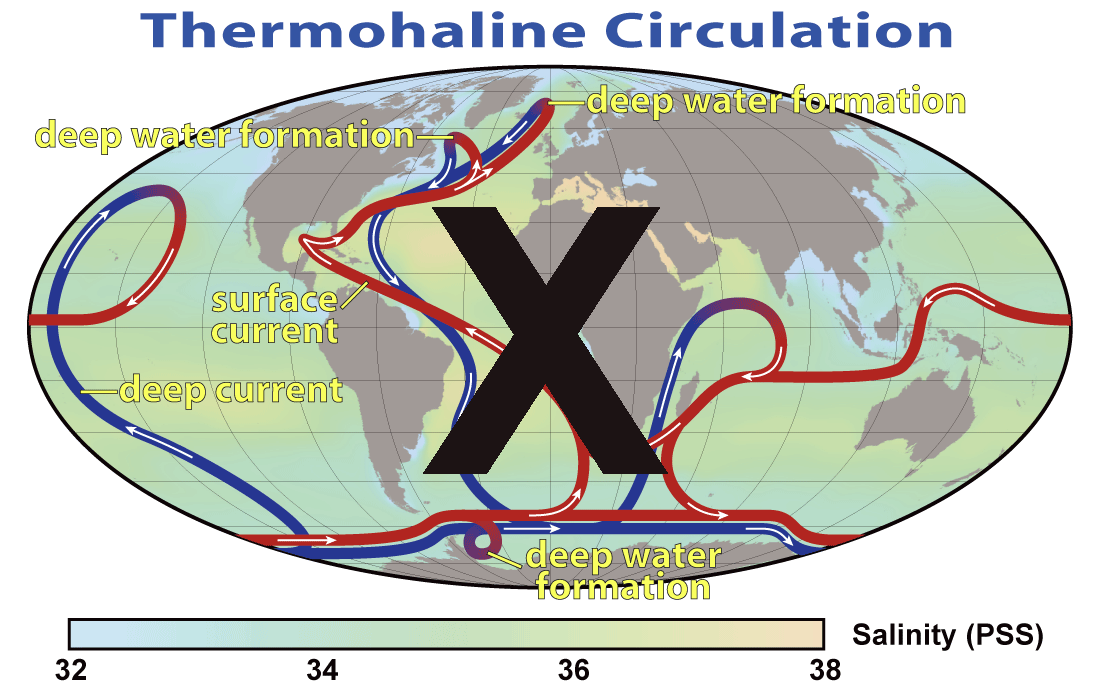 Science Daily is reporting that just because they teach you something in graduate school doesn’t make it right. A 50 year old model of global thermohaline circulation that predicts a deep Atlantic counter current below the Gulf Stream is now formally called into question by an armada of subsurface RAFOS floats drifting 700 – 1500m deep. Nearly 80% of the RAFOS floats escaped the Deep Western Boundary Current (DWBC), drifting into the open ocean.

This confirms suspicions that have been around since the 1990’s, and likely plays havoc with global models of climate change. The findings by Drs. Amy Bower of Wood’s Hole and Susan Lozier of Duke University et al. are published in a forthcoming issue of Nature.

The implications would be for more cold, oxygenated water along the Mid-Atlantic Ridge, but I’m just making that last part up. Best to read for yourself. As I recall, the DWBC was notoriously slow. You have to wonder whether a big yellow glass float responds to these currents the same as suspended matter, like plankton and particulates. Either way, the research represents a major paradigm shift in ocean circulation theory.

Image above from Wikimedia Commons.