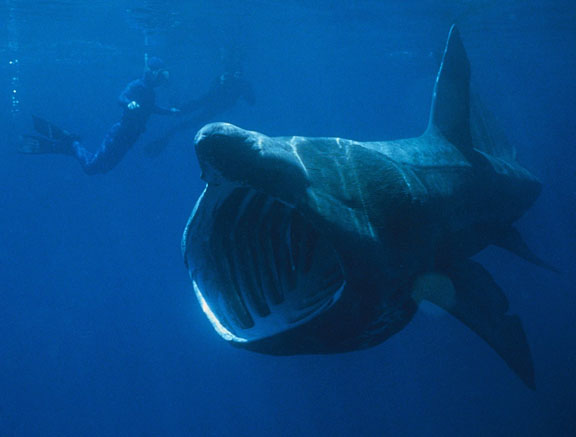 Basking sharks can measure 35 feet or longer, are known to live in temperate waters around the world, but their wintering grounds were unknown until very recently. Discovery News reports that satellite tags placed by Greg Skomal of Massachusetts Marine Fisheries are bringing new revelations about these mysterious animals. Five basking sharks swam more than 1500 miles to forage in tropical waters across the Atlantic.

“…the animals traveled at depths of between 200 meters (650 feet) and 1,000 meters (3,300 feet). Some stayed at those levels for up to five months. The animals appeared to seek out water in an ideal temperature range.”

The new research is published in this month’s issue of Current Biology.