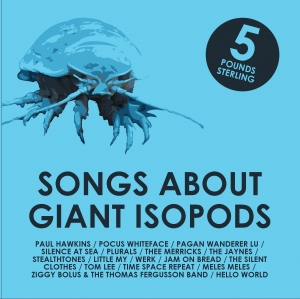 Let’s face it giant isopods are the shiznit, the bee’s knees, the bomb diggidy, and all that and a bag of potato chips. The giant isopod album we’ve talked about before, although it beats me where it is, is now up online for you to listen to and download. So many favorites but Crusty The Isopod is a gem.