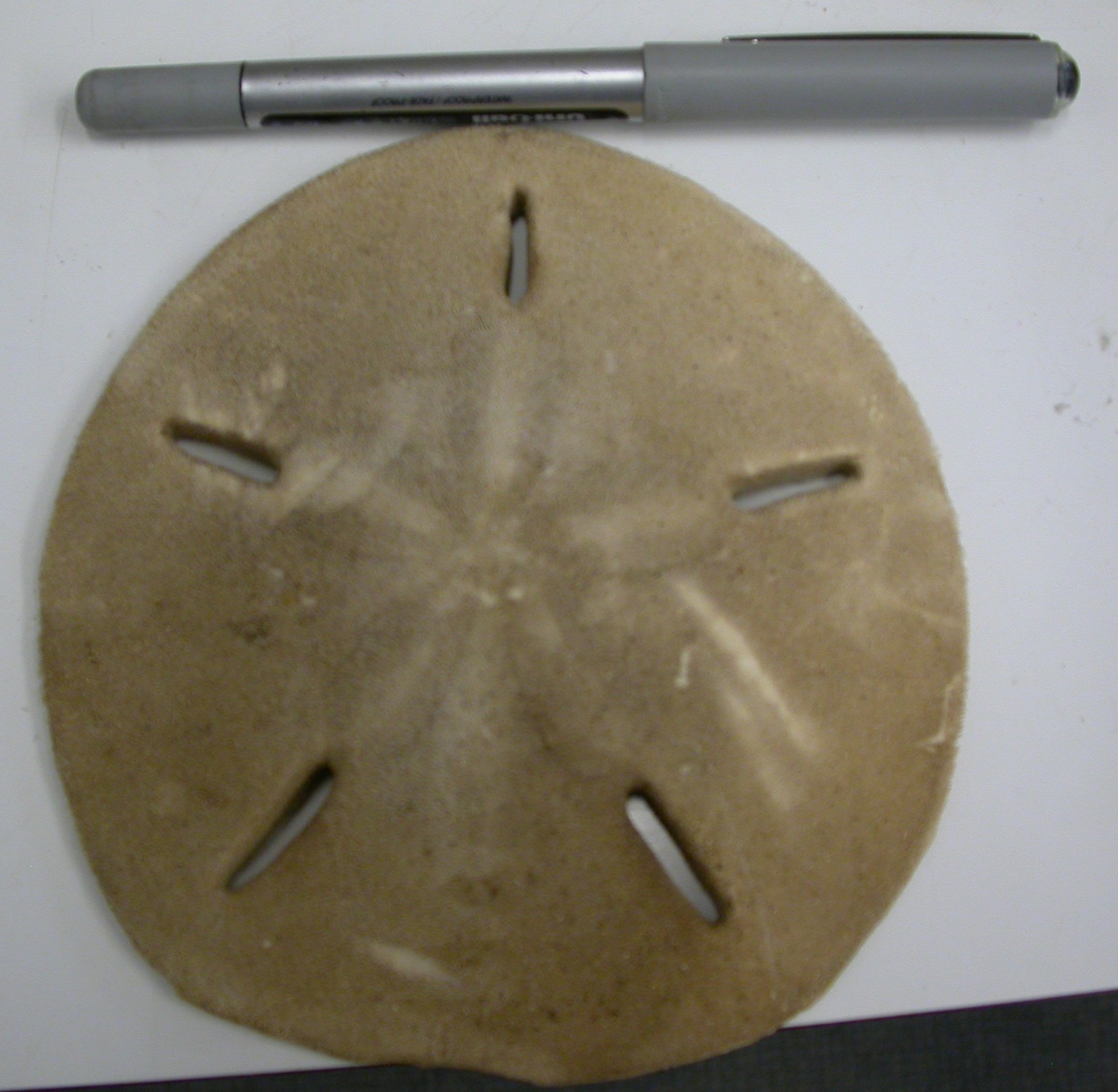 Post from Chris Mah, purveyor of all echinoderm.  Dr. Christopher Mah is a NSF Postdoctoral Fellow at the Smithsonian National Museum of Natural History.  He obtained his Ph.D. from the University of Illinois and conducts reasearch on the biodiversity, biogeography, evolution, and ecology of Asteroidea.  Despite his short careeer, his has published over 15 publications on these subjects including several new species descriptions.

Because Craig asked so nice, here is a special Echinoblog in honor of SEX WEEK at Deep-Sea News. (Info for this blog from Tominaga et al., 2004, Biol. Bull 206: 25)

I thought it would be fun to write about the oh-so rare occurrence of sexually dimorphic brittle stars? What does that mean?   Males and females look different.  A pretty fundamental difference among humans (and many vertebrates)-but among most animals-only THEY seem to really know for certain! 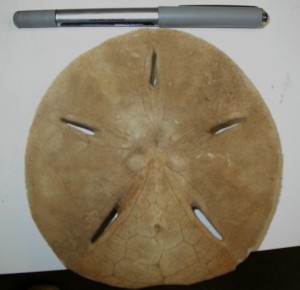 Nearly ALL species of echinoderms have essentially indistinguishable genders until you can look at their gametes or reproductive tissues.  So, having a species with males and females that are clearly different is unusual.

In this case..our feature critter is  a species of ophiuroid or brittle star, Ophiodaphne formata,  which is found in the tropical Pacific. The population studied was from Tsuruga Bay in the Sea of Japan.

Tominaga and his co-authors observed this behavior, including spawning and full development of the babies up to metamorphosis (i.e., they settle into very tiny adult-like animals) including the very peculiar habitat of the male+female coupling which is believed to facilitate the reproductive success of the species. They further observe that pairing in O. formata is observed throughout the year, including the “non-breeding” season. The position of “oral to oral”  coincides with the respective locations of the “bursa” on the oral surfaces that open into the gonads of each individual. Thus, they say it is most “efficient” for the males to have their arms holding tight to the larger female, mouth to mouth while he sheds sperm from his bursal slits. (sexy!) 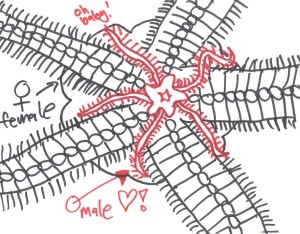 The need to pair off together is important because of the low densities of this species relative to other, more common shallow-water species. They speculate that the “fertilization efficiency” would be low if males and females spawned separately and could not shack up on their host.  Thus, the sand dollar provides the breeding site (aka the love shack!) and raises the level of “fertilization success”!!!

3 Replies to “The Sand Dollar Love Shack: A Special Echinoblog to DSN”