Samantha Price presented today on research testing the extent that these morphological innovations potentially created new niche space and thereby increased diversification, i.e. the proliferation of new species.    Prices examined several different morphological metrics as a measure key aspects of this diversification, e.g. gape size, protrusion, body size, and the very sophisticated sounding jaw kinematic transmission.  Overall, her results are both intriguing and complex.  The evolution of the pharyngeal jaw was not matched by significantly faster rates diversification in of the morphological metrics. Indeed some appeared to actually slow down.    However, with the intramandibular joint came increased diversification, i.e. an adaptive radiation. 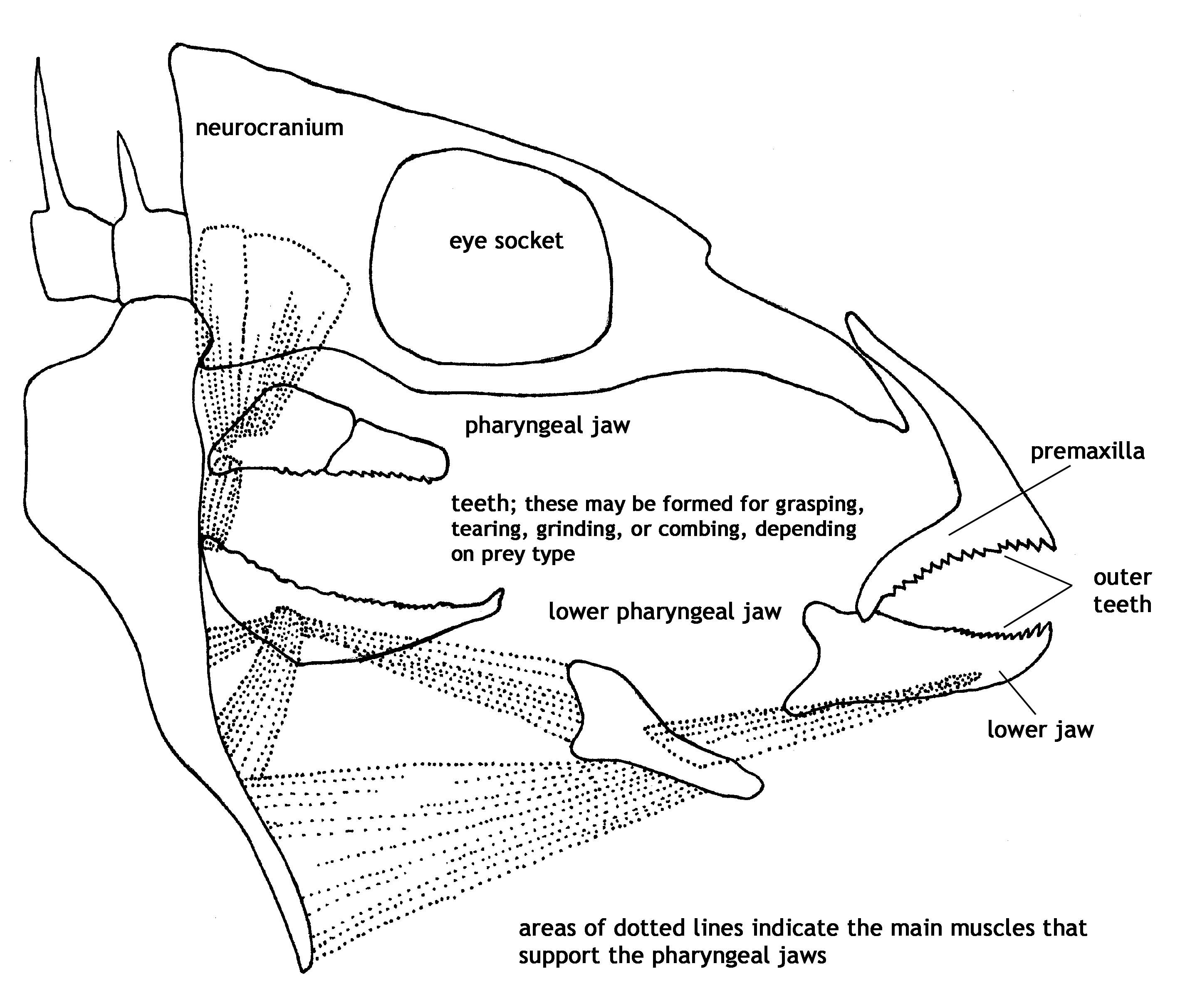 4 Replies to “All The Better To Eat You With My Dear!”