Over the years, I’ve marveled at the ways and means of different scientists. Some have a career that’s focused like a laser beam, boring through the impenetrable mysteries of oceanography or evolution. Others paint with a broad brush on a large canvas, dabble in things of interest, or follow a trail to its natural conclusion, then shift to something new.

At one time, I put Dr. Callum Roberts of the University of York in the latter group. Now, I think he’s the former. His laser beam is different, so its hard to spot. Its in orbit around our Ocean Planet. The mystery he unravels is human impacts to the marine environment. Yet, in every sad story, he offers a glimmer of hope- marine protected areas.

Callum Roberts is one of the great ocean communicators, but his science does the talking. The research has a quality of immediacy, and direct application. Recent work with colleagues on the history of bottom trawling in the British Isles is a good example.

They discovered that 19th-century catches included millions of shellfish, along with corals, sponges, sea anemones and other creatures that grow out of the sea bed…. Fishermen describe in the records how their catches changed once trawlers had been through an area, with hooks and nets picking up vast mats of seaweed and other debris ripped from the bottom.

Roberts and his colleagues dug into fisheries records and captain’s logs to find that early trawls retrieved significantly more biomass, particularly oysters. They link the loss of shellfish to the color of the sea.  The ocean used to be blue, because oysters, tunicates, and corals filtered the water, but now they’re gone, and the water is a dirty gray. The only big mussels that remain are in a military harbor, where trawling is prohibited. 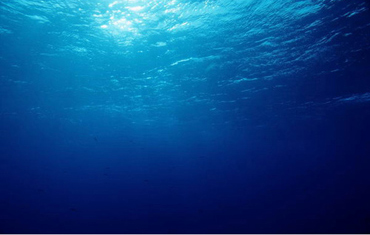 Read more in the Time Online stories “The sea before bottom trawling” and “British sea bed trawled into a wasteland.”

If you’d like learn more about Callum Roberts, check out his papers in Science, and visit his lab online.