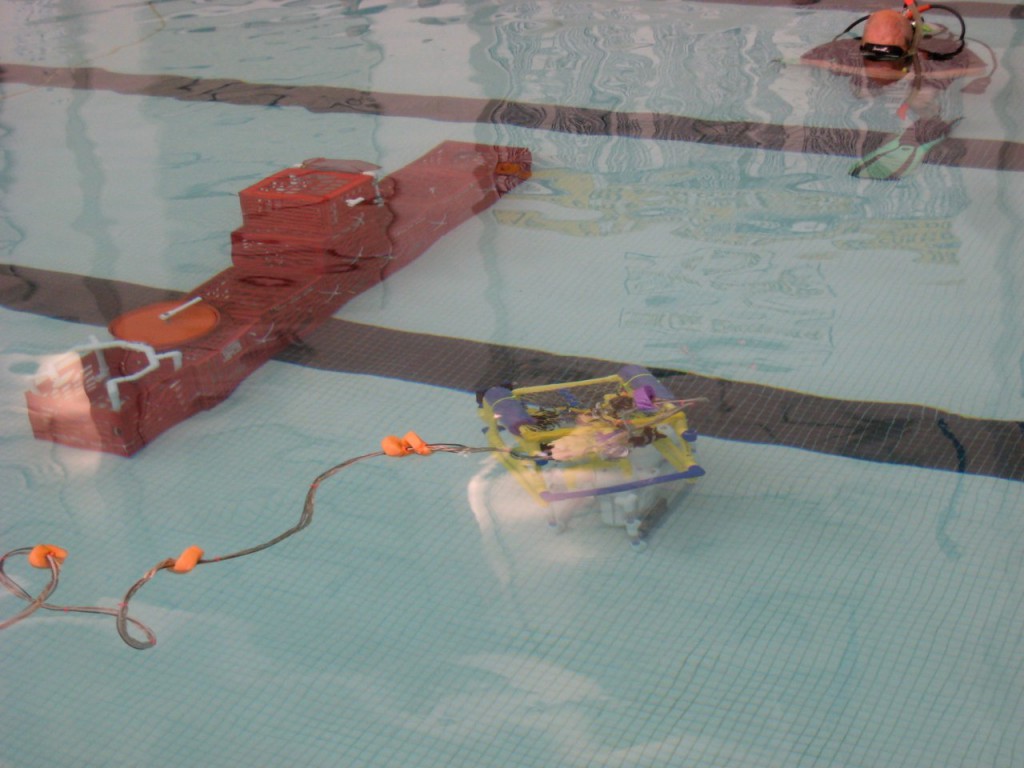 This year MATE worked with OceanWorks International and the Deep Submergence Systems Office at Portsmouth Naval Shipyard to develop the missions focusing on real submarine rescue training exercise. Student teams were required to build and pilot ROV’s to inspect a simulated submarine for damage, deliver emergency supplies, and replenish the onboard air supply, among other tasks.

The winners of the Explorer Class were Long Beach City College of Long Beach, Calif who took first and are vetrans of the competition earning top ranks in engineering, presentation, and performance as well as being the only team to complete all the pool missions.  Second place went to Flower Mound Robotics of Flower Mound, Texas and third when to Sea-Tech 4-H Club of Skagit County, Washington.  The team also won the “Sharkpedo” award for innovation and originality, and was recognized for being the most safety-conscious team. 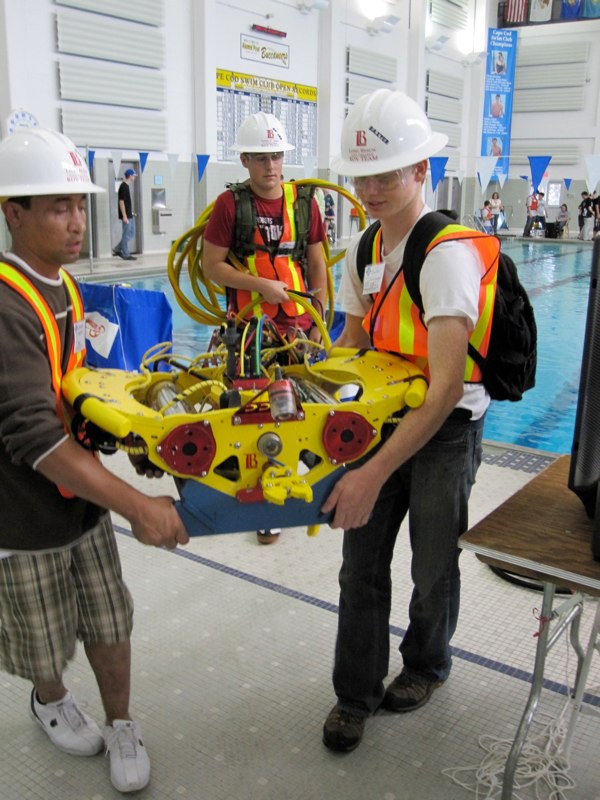