This went public today over the TAMU-CC listserves, the first attempt to tie all my deep-sea coral research from the last three years together into four tidy little paragraphs.

DEPARTMENT OF PHYSICAL AND ENVIRONMENTAL SCIENCES

SUBJECT:      Distribution and Diversity of Octocorals in the Gulf of Mexico

Octocorals are broadly distributed throughout the world’s oceans, from the shallow intertidal zone to deeper than 5800 meters. Fishermen refer to large colonies as ‘trees’. This is appropriate because colonies provide complex structural habitat for associated species, they are broadly distributed, and they are threatened by industrial practices, such as bottom trawling. Below the warm water layer (50 – 70 m deep), octocorals are presumed to be cosmopolitan in the West Atlantic, with a broadly homogenous distribution. This creates a problem for conservation and management because it is difficult to justify conservation of one place, if all others are the same.

This dissertation tested the null hypothesis of no difference in octocoral assemblages at the three spatial scales (referred to as basin, region, and site scale) through meta-analysis of two large, original datasets. Univariate and multivariate techniques were used to compare and contrast depth zones, regions, and sites (six outer continental shelf banks) within a GIS framework. Spatial analysis techniques were used to identify octocoral “hotspots” within Flower Garden Banks National Marine Sanctuary.

Octocoral assemblages in the Gulf of Mexico differed significantly between depth zones and regions, but there was no difference in diversity between depth zones less than 800 m, due to species replacement. Composition of octocoral assemblages varied significantly between sites, and hotspots for richness and abundance were evident within sites. Null hypotheses of no difference between banks, depth zones, and regions were rejected with confidence.

The findings support the broad distribution of octocorals in the Gulf of Mexico, but not homogeneity of octocoral assemblages. Based on these results, place-based conservation of deep octocoral habitat is justified, because some sites have higher diversity and abundance of octocorals than others. 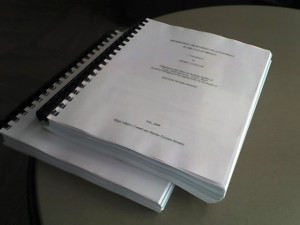