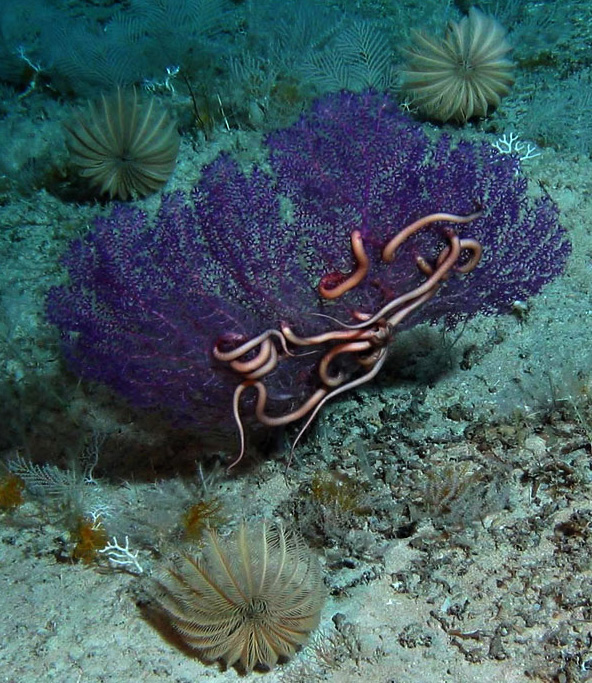 If you didn’t get a chance to follow along with the Bioluminescence 2009 Expedition last week, you can catch up online at the NOAA Ocean Exploration expedition website. The image above is only one of a few dozen impressive photographs posted.

We are pleased to report the discovery of a new species (possibly a new genus) of stalked crinoid, or sea lily, belonging to a family previously unknown in the western Atlantic Ocean. The miniature palm-tree-like animal, a relative of sea stars and sea urchins, is a member of the crinoid family Phrynocrinidae, which includes only four other species known from the northeastern and southern Atlantic, the Indian and western Pacific Oceans. It differs from these, and from all other living crinoids…