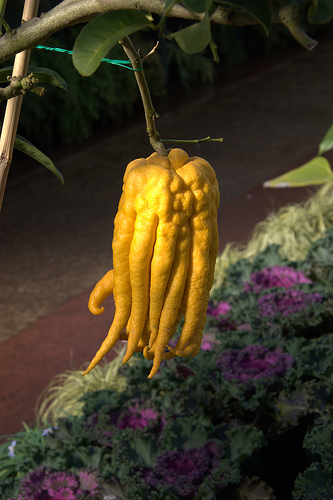 He was a squid from the wrong side of the ocean.  She, a mild mannered but inquisitive squash from a rural farm.  Theirs was a love that was forbidden.  What blossomed was more than love and the relationship eventually proved fruitful.  Hat tip to Urlesque for inspiration.