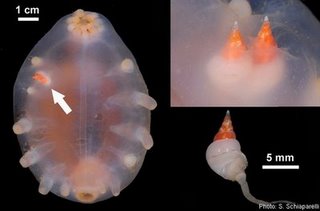 Everything you ever wanted to know about sea pigs (Holothuroidea: Scotoplanes sp.) from the Echinoblog.  The best part is the gastropods parasites that love them a little too much.