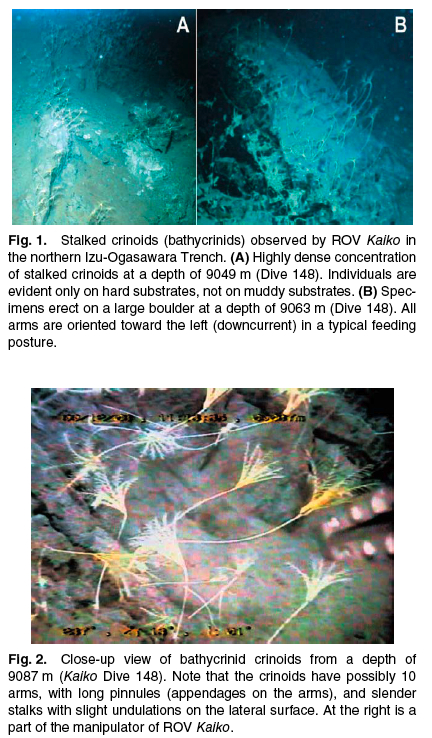 Japanese researchers recently set a record with the deepest in-situ observation of a criniod. In the words of the authors,

Previous records of stalked crinoids from hadal depths (exceeding 6000 m) are extremely rare, and no in-situ information has been available. We show here that stalked crinoids live densely on rocky substrates at depths over 9000 m in the Izu-Ogasawara Trench off the eastern coast of Japan, evidenced by underwater photos and videos taken by a remotely operated vehicle.

3 Replies to “The Deepest Crinoids”