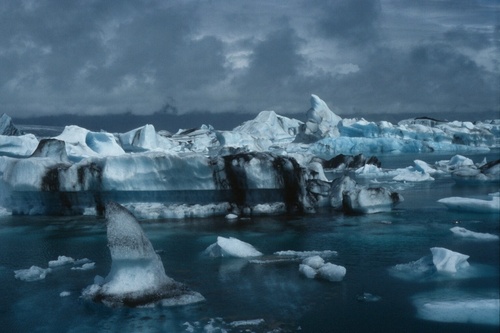 Jökulsárlón, Southeast Iceland, is actually a beautiful lagoon with numerous icebergs. You can see, maybe even touch, an iceberg from Iceland. I wonder will they be there in June? Crossing fingers. Image from Luis Rodríguez Baena at Panoramio.

Ásbyrgi, Northeast Iceland, is a peculiar horseshoe shaped valley, which was formed when one of the legs of Sleipnir, the horse of Odin with eight legs, touched the ground. The website says this is a very beautiful area, but the geologists are somewhat skeptic about this explanation of its formation. Its a mystery wrappen in an enigma.

Dimmuborgir (the dark cities), close to Myvatn, holds strange lava formations, resembling a town with strange, dark houses.  Sounds totally eerie, like something out of a Tolkien novel. I am compelled.

This conference looks like a heck of a lot of good fun. Deep-sea biology is a choice topic, and Iceland is a practically legendary place to hold a meeting. DSN should toootally host an after party.

One Reply to “Travel picks for 12th Deep-Sea Biology Conference”