Myself and Chris Mah (from Echinoblog) will particpating in Leg 5 of the Monterey Bay Aquarium Research Institute’s expedition ot the northern Pacific.  Leg 5 of the expedition focuses on sampling lava flows that erupted during historic time on the Juan de Fuca and Gorda Mid-Ocean Ridges, and comparing them with the surrounding, older flows.  Chris and I will be leading the biological sampling focusing on how the communities on older flows vary from those younger flows.  We will be trying to address questions such as: How much time is required for a deep-sea community to form? As lava flows become older do the provide new habitats for organisms? How do the species found at volcanic ridges compare to the surrounding seamounts?  Overall a great trip. You can follow Chris and I through daily posts and pinpoint our daily location. 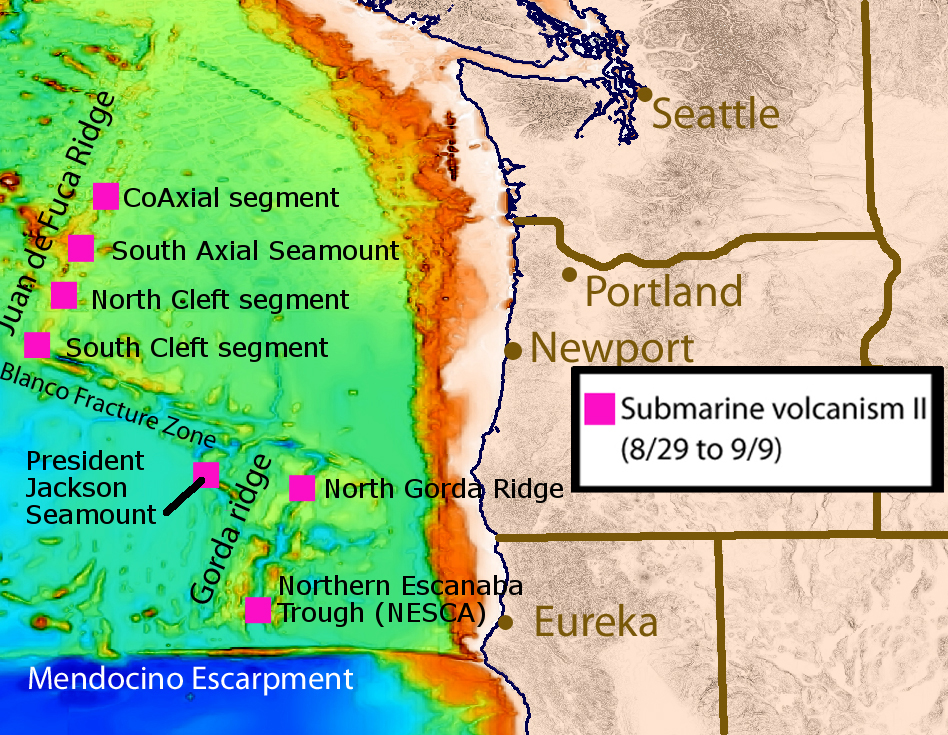 Map of the dive sites visited on leg 5 of the expedition. Map courtesy of MBARI