TGIF IS DEAD LONG LIVE TGIF!
Craig and I are making some changes around these parts. You’ll notice them soon enough. One change starts now. We are getting rid of one of our longest running and most successful (not very) commerical franchises. We are disbanding the traditional Friday Deep Sea Pic and TGIF. We will still post cool pics and videos (hopefully no more Russian disco!!) occasionally, but I will be replacing it with a new tradition – Friday Freak – where I will highlight a cool new deep sea species each week! 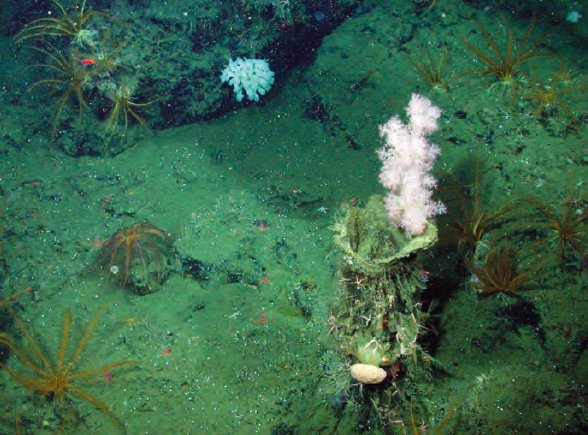 This week I’ll start it off a new species of soft coral from the deep sea off California! Craig sent in this one and the pictures are fantastic. I hope the authors won’t mind me snagging an image to you.

It is is a pretty coral found at depths between 520-2034 meters. Like the image above, the authors noted that Gersemia juliepackardae tends to live on the top of dead and live sponges. This might be the first record of a deep sea octocoral living on sponges. The namesake is Julie Packard, who heads the Packard Foundation that funds a lot of marine research and conservation efforts. She has been an ocean champion and is well-deserving of having the honor of a wonderful species named after her!

While these are often called soft corals, they are indeed still hard. Under their soft organic epidermal layer are hard “sclerites” that help keep the coral rigid. These are useful in identifying octocorals. Below is an example of a sclerite from Gersemia juliepackardae. 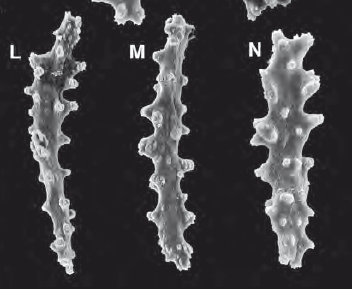