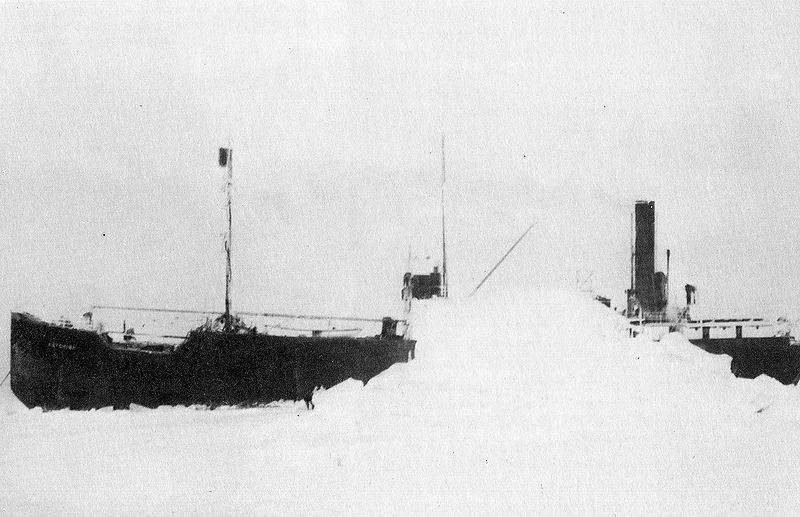 The Baychimo, image from Wikimedia Commons

One of the most amazing cases of a real-life ghost ship concerns the Baychimo, a cargo steamer that was abandoned and left to drift the seas near Alaska for nearly forty years. The ship was owned by the Hudson Bay Company, and was launched in the early 1920s and used to trade pelts and furs with the Inuit in northern Canada. But in 1931, the Baychimo became trapped in pack ice near Alaska, and after many attempts to break it free, its crew were eventually airlifted out of the area to safety. After a heavy blizzard, the ship managed to break free of the ice, but it was badly damaged and was abandoned by the Hudson Bay Company, who assumed it would not last the winter. Amazingly, the Baychimo managed to stay afloat, and for the next 38 years, it remained adrift in the waters off Alaska. The ship became something of a local legend, and was frequently sighted aimlessly floating near the frozen ice packs by Eskimos and other vessels. It was boarded several times, but weather conditions always made salvaging it nearly impossible. The Baychimo was last sighted in 1969, again frozen in the ice off of Alaska, but it has since disappeared. The ship is believed to have sunk in the intervening years, but recently a number of expeditions have been launched in search of now nearly 80-year-old ghost ship.

One Reply to “Ghost Ships”