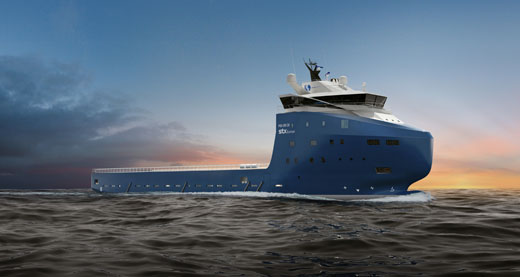 The new PSV 09 CD design, optimized for eco-drive in all weather conditions

What you see above is future of ship building.  STX Europe is the leading company in green shipbuilding.  Their latest ships feature designs that with high sea performance through a variety of weather and conditions, low fuel consumption,  and environmental friendly operations. The patent pending hull designs are optimized for reduced fuel consumption and designed with high focus on reduction of water resistance in various conditions. 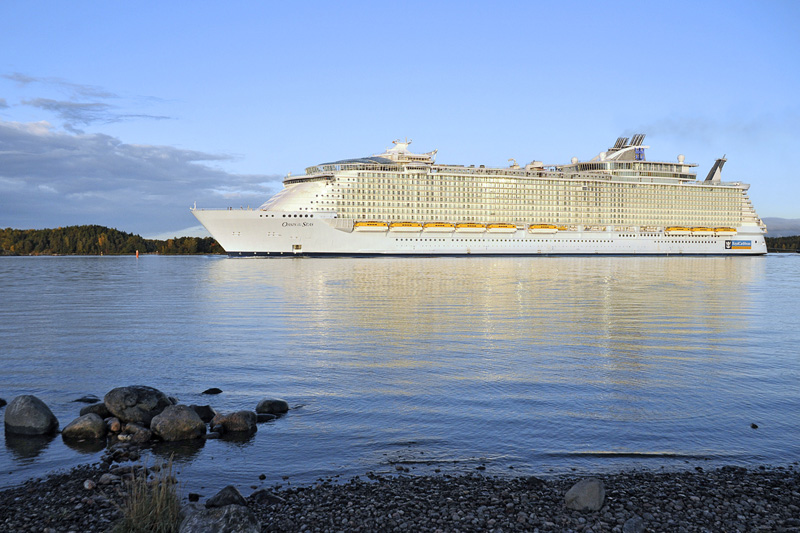 But before you say “well designs and concepts are great but they don’t do us any good if they are never built”, Deep Sea Supply has awarded STX Europe a contract for the design and building of a Platform Supply Vessel (top).  A cruise ship with a 30% smaller carbon footprint (middle) is also in sea trials. STX appears very serious about this direction forward as the design effort is the most extensive for any cruise ship.  The most visually stunning design is the EOSEAS, a cruise ship outfitted with 5 large sails with 13 square meters of area (bottom). 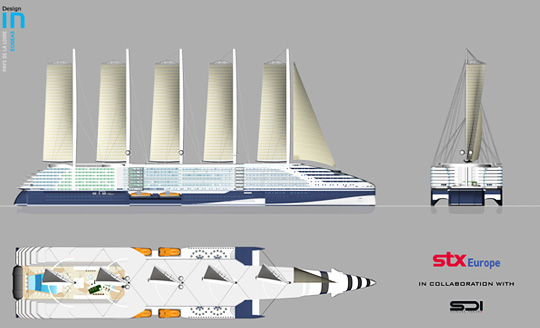 Of course this is only way way forward.  The other? 600,000 metric ton megaships

2 Replies to “The Future of Shipbuilding”