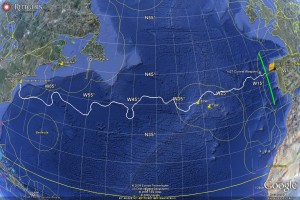 She was at sea for 221 days. She was alone, often in dangerous places, and usually out of touch. Her predecessor had disappeared on a similar trip, probably killed by a shark. Yet she was always able to do what was asked, to head in a different direction on a moment’s notice and report back without complaint. So is it any surprise tears were shed when people could finally wrap their arms around her steel torso once more? “She was a hero,” said Rutgers University oceanographer Scott Glenn last week after retrieving an aquatic glider called the Scarlet Knight from the stormy Atlantic off western Spain. The 7-foot-9-inch submersible device, shaped like a large-winged torpedo, had just become the first robot to cross an ocean. 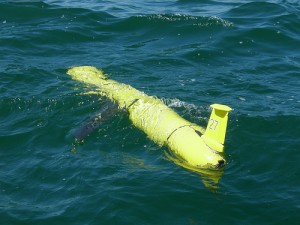 The Washington Post contains a nice write up about the first submersible robot to cross the Atlantic. More importantly, it collected data the whole way. You can read about the entire expedition on the Scarlet Knight Blog.