I toured around the world from London to the Bay
It’s Hammer Go, Hammer MC Hammer, Yo Hammer
And the rest can go and play

Hammerhead sharks possess an amazing horizontally expanded head, reaching widths of 50% in some species, referred to as cephalofoils (from the Latin cephalicus meaning head and foil from hydrofoil) However, the evolutionary processes that drove the amazing head shapes of hammerheads remained a puzzle.

The cephalofoil is thought to confer multiple advantages for the skark, turning sharks into supersharks. Researchers speculate that it could potentially provide greater swimming ability and maneuverability, enhanced ability to capture and eat prey, heightened electrosense, and superior olfactory abilities. As if sharp teeth and speed were not enough? 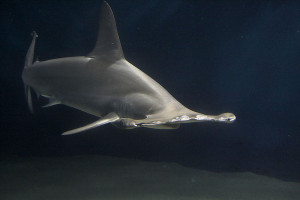 Photo from Wikimedia Commons and available through the Creative Commons Attribution 2.0 License.

New work by McComb and colleagues examines another hypothesis—enhanced sight. Increasing distance between the eyes may increase stereovision and depth perception. The team compared sharks with varying size cephalofoils, from hammerheads with a head shaped like a shovel to those with a prominent T-shape. By passing a weak light over each eye and recording the eye’s electrical activity, McComb and authors were able to measure the field of view for each shark.

Hammerhead possessed the largest visual fields from 176-182 degrees compared to pointy nosed sharks at 159-172 degrees. The team also found that scallop hammerheads possessed tremendous binocular overlap at 32 degrees with the widest hammerhead, the winghead shark, 48 degrees, nearly three times the overlap of common sharks. The cephalofoil also benefits hammerheads in one other way—rear vision. Common sharks can only look forward compared to the full 360 degree view of a hammerhead. Hammerheads also compensated for blind areas by moving the head back and forth left to right, i.e. yawing, which increased with the size of the cephalofoil. This provides the hammerheads with a greater viewable space and more spatial information. 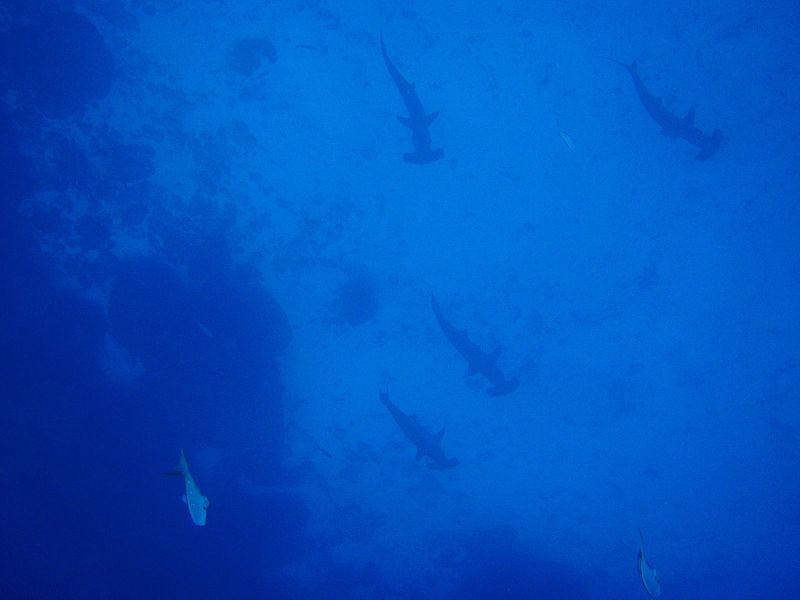 Thus the Hammer is just so hype because of increased sight…not dopeness on the dancefloor or the mic.