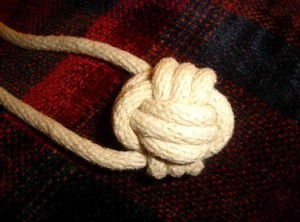 Every ocean scientist should know how to tie a half dozen or so knots.  One of those should be a monkey’s fist, name because it looks like a small clenched fist, it was originally tied into the end of a line or rope to add weight.  The weighted end could be thrown easily over a horizontal yard on a mast or between the ship and dock during tie up.  Stories also tell of sailor using them in bar fights.  But I and KZ know nothing about that.

They are an elegant knot and you can impress others by making either cufflinks, for those fancy nautical occasions, or as a keychain.  I have used them repeatedly as underwater float in polypro line that can be easily grabbed by a submersible or ROV manipulator arm. 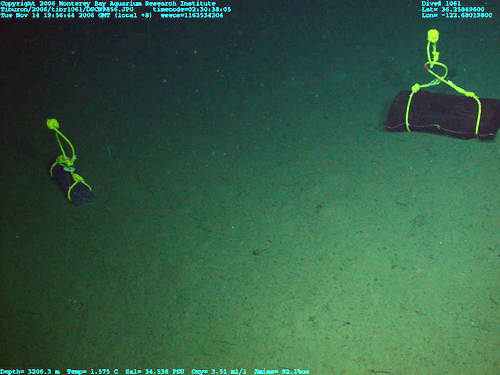 Monkey's Fist made of polypro keep these line handles above deployed pieces of wood. The line hovering in the water can easily be accessed by ROV and submersible manipulator arms