Suzee: As glamorous as she is utilitarian.

ROV Genesis aka “Suzee” spent the evening running systems tests while dangling from the boat in the water column. Problems with her navigational software forced her to resurface before touching bottom. This was Suzee’s first dip into Antarctic waters.

Members of the marine ecosystems team spent the day at Palmer Station brushing up on fjord ecology as the Palmer attempted Kasten coring farther east. 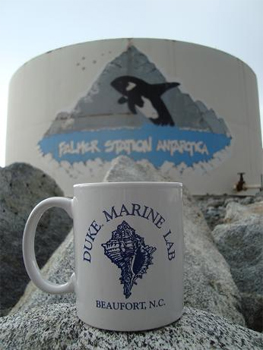 A treasure from the Palmer Station china cabinet. 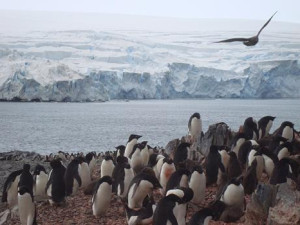 One Reply to “Dispatches from Antarctica – Slow Days”