An area the size of a coffee table on the deep-sea floor would yield hundreds of species.  A few species would dominate with numbers in the 10-100’s.  Yet most would be rare represented by a single lone individual. These latter species are the “rare biosphere” and one of the most conspicuous phenomena of the deep sea. One of the conundrums of the “rare biosphere” is how a species can be rare locally but found globally.  Imagine if Krispy Kreme donuts were found across the U.S. but there was only one per state. O’ the horror, but it illustrates the point nicely

Unfortunately  what we know of deep-sea diversity is based on bigger life like worms like snails, crustaceans, and echinoderms. Little is known about microbial diversity of the muddy ooze that characterize the immense deep-sea floor.  That is until now.  Microbial diversity on the abyssal plains is higher than we thought and dominated by the rare biosphere. 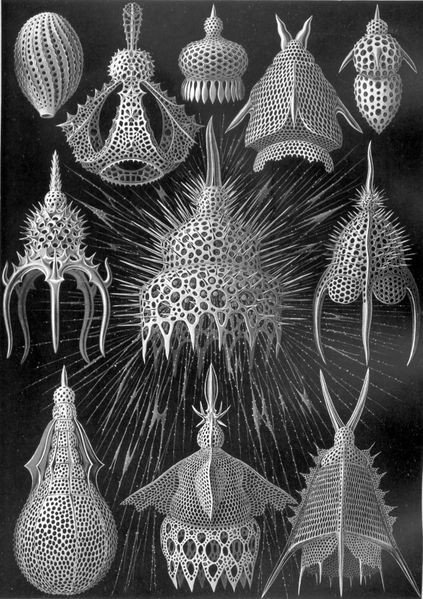 A new study in PNAS by Scheckenbach et al. documents the biodiversity of microbes across the South Atlantic.  Nearly 400 “operational taxonomic units,” shorthand for genetically distinctive organisms, were discovered.  For 73% of these organisms, no closely genetically related organisms are currently known.  Like many other deep-sea organisms, microbial communities are dominated by rare species represented by single to few individuals. And like other deep-sea species found over large areas of the seafloor, in this case over 1000’s of kilometers.

We gauge how well we have sampled an area by viewing a sampling curve, a plot of sampling effort versus the number of new species.  This allows us to determine whether we are likely to find more new species with increased sampling effort.  We hope these curves are “saturated” and that the answer to the previous question is no.  However, this is rarely the case with deep-sea studies and sampling curves rarely reach saturation.  The Scheckenbach et al. microbial study is no different and future sampling is likely to uncover hundreds of new species.

Overall this study challenges the idea of depauperate deep sea.  It will also shape how we strive to understand biodiversity of the deep sea, as hypotheses explaining these biodiversity patterns will have to account for both metazoans and microbes.
Scheckenbach, F., Hausmann, K., Wylezich, C., Weitere, M., & Arndt, H. (2009). Large-scale patterns in biodiversity of microbial eukaryotes from the abyssal sea floor Proceedings of the National Academy of Sciences, 107 (1), 115-120 DOI: 10.1073/pnas.0908816106

One Reply to “Great Abyssal Diversity Among the Microscopic”