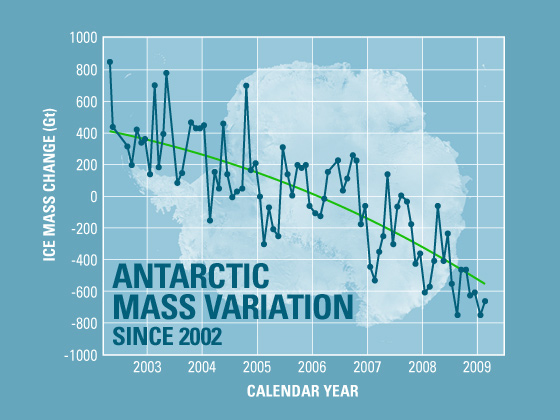 Graph from NASA: The continent of Antarctica has been losing more than 100 cubic kilometers (24 cubic miles) of ice per year since 2002.

2 Replies to “Is Antarctica Melting?”