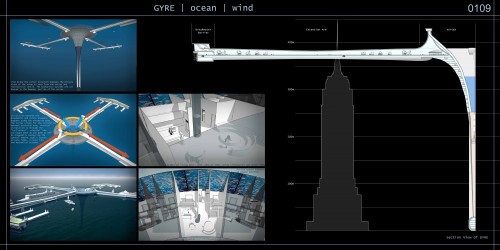 Zigloo Designs proposes the Gyre, a structure part ocean research laboratory, port, sky-scraper, hotel, resort. Reaching depths of 400m, Gyre would reach into the depths of the sea the equivalent of the Empire State Buildings height.  The “deepscraper” would possess a small carbon footprint. “Its unique design permits the simultaneous application of wind, solar, and tidal energy generation technologies thereby making it truly ‘off-grid’.” The radial arms, containing both a pedestrian promenade and a transit system, would form a protected inner harbor large enough to accommodate multiple large ships. 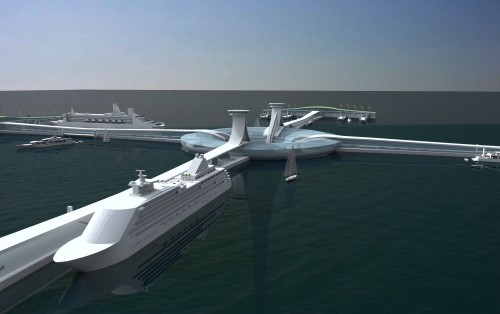 But the intent for the deepest portion of the Gyre is what captures my attention.  “The deepest levels are dedicated to a scientific observatory for oceanographic research and an Interpretive Center for public discovery of the depths of the ocean.”  Add a seedy Irish pub and a large stock of Guinness to the lower levels and the DSN crew will wholly endorse this project. 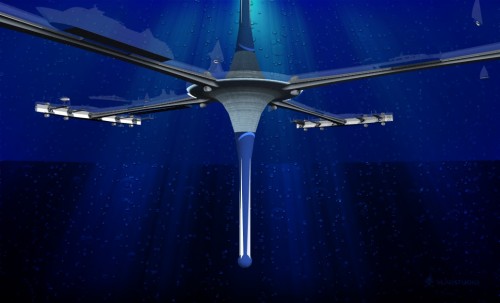 5 Replies to “The Gyre, A Deepscraper”