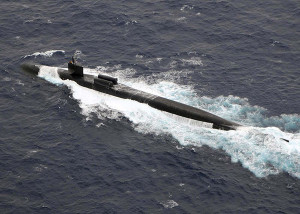 What started off 2 years ago as a joke by sub enthusiasts, will now be a reality. The Navy has made it clear that it wants to allow women to serve on submarines and is has hinted it is prepared to make those moves toward renovating quarters for the new occupants. Making up nearly 14% of Navy, women are increasingly become more important to the Navy’s operation. They grow up wanting to explore the deep sea just as much as any man and do just as good as a job.

What is impressive is that the Navy took the first step and it is a strategic move in more than just rightly promoting gender equality, as pointed out in Connecticut’s TheDay.com:

In addition to the fairness of providing women the same opportunities as their male counterparts, there are practical reasons for the change. It is an ongoing challenge for the Navy to recruit enough men to serve aboard submarines. Because of the unique challenges of submarine service, submariners face more rigorous intellectual and psychological standards. Permitting women would significantly expand the pool of potential recruits.

But there are some strange oppositions to this. From what I’ve read, it really breaks down into women invading the ‘good ole boys club’, as hinted by this retired Navy captain writing in the Arizona Republic and the following news clip from CBS:

Submarines present a unique environment, and to anyone who has served on them as I have, the reasons to exclude women are obvious.

First, submarines are extremely cramped; space is at a premium and every inch is used for needed equipment, weapons, sensors and supplies. To accommodate women, costly design modifications would be required and take space needed for higher priority items.

Secondly, putting men and women together in very confined quarters for long periods of time submerged (up to two-plus months) is simply asking for trouble, both aboard the submarine and potentially on the home front.”

These attitudes are troubling on multiple fronts. Not sure how women take up much more space than men in a bunk. Is all the hair dryers and make-up? They hint that sharing bathrooms is a problem. Well, on research ships where we often have mixed crew, quarters are assigned such that bathrooms are shared by all members of the same sex. Surely, this could be arranged?

Most disconcerting is that this discussion appears to a priori assume women are to blame for the potential to cause problems because of their presence. Or is it just me? There seems to be a subtle tone that women will arrive on subs and total sexual anarchy will result. The comment in the video about worry there will be more sexual harassment lawsuits is probably NOT THE WOMEN’S FAULT if she is being harassed. There seems to be this belief that women will invade the married man’s sanctuary and steal your husbands!1!!1!!  If these “rigorous intellectual and psychological standards” that are required are true, then surely married men can control themselves on (and off) the job? Shocking as it may seem to prime time network TV viewers, but not all male-female interactions need have sexual overtones.

I’ll close with this bit of hindsight from TheDay.com that reminds us:

“Many of the concerns about allowing women aboard submarines – lack of privacy, fears of fraternization, disrupting crew morale and camaraderie – are the same heard when the Navy first allowed women on support ships in 1978 and on combat ships in 1994. Most apt to the discussion about allowing women on submarines is the fact the Navy now has gender-integrated crews on ships once considered too small for mixed crews, such as mine hunters.”