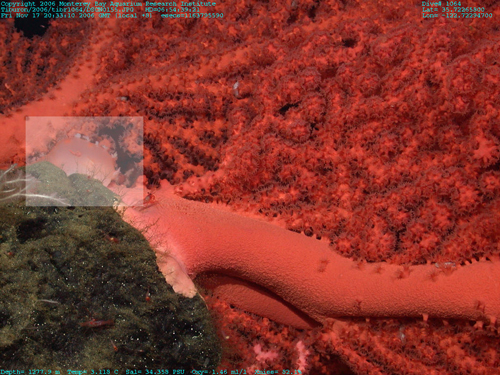 You might have noticed that my posting frequency is down recently.  Why?

1. Kevin Z convinced me to start Tweeting.  There seems to be an inverse relationship to my writing for DSN and posting Tweets.  Previous attempts to integrate our Twitter content into DSN were rocky at best and met with many complaints.  Suggestions on how to integrate the two meaningfully are welcomed. You can follow me at DrCraigMc

2. I am working on a review of this book for American Scientist.

3. I am also writing a feature article for American Scientist following on the theme of my talk last year at Sigma Xi.

4. Isopocaplyse 2010 consumed a bit of my time.  If you didn’t catch it already check out GlassBox Design and National Geographic’s coverage.  I am delightfully snarky!

5. I worked with the spectacularly talented Robin Smith to put together a press release and video for my recent paper in Ecology.  That was met with a fair amount of cricket chirping.  O’ well Bora, Science360, and I think its cool.

6. Multiple scientific papers in the works right now on deep-sea biogeography, source-sink dynamics in the deep sea, the evolution of body size in deep-sea bivalves, what drives the evolution of size on islands, describing the new species above, changes in energy consumption of snails through geologic time, changes in seamount diversity with increasing depth, and how microhabitat diversity in the deep sea drives biodiversity.  Whew!

So what would I like to blog on but haven’t found time?

1. The discovery of the world’s deepest hydrothermal vent. It’s really hot and deep!

2. What will likely be the coolest discovery of the year and decade…anaerobic multicellular organisms in the deep sea.  This one is so cool I just decided to stay up late to write about it.  While I grab another Ardbeg and you wait for the next couple hours, check out Susan Milius’s spectacular write up.

Any other papers or news I should add to this list?

One Reply to “What’s New With the Dr. M and the Oceans?”