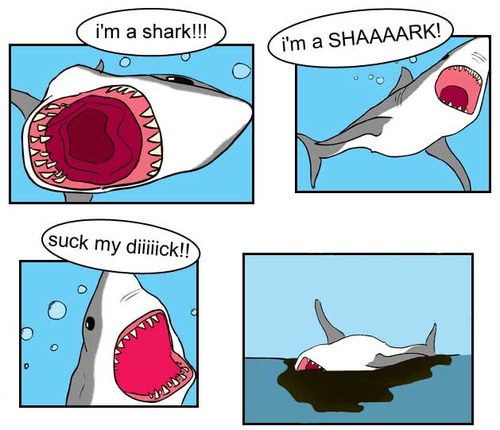 Via the Daily What

The newest update is that British Petroleum’s ‘top kill’ (animation, description from engineers) and ‘junk shot’ will join ‘top hat’ in the list of failed attempts. Early news of the ‘top kill” teetered for a few days between progress, stopping of the leak, progress, hesitation, and failure with no one really knowing the answer until BP’s statement of failure yesterday.  With out further ado the news round for the last few days. 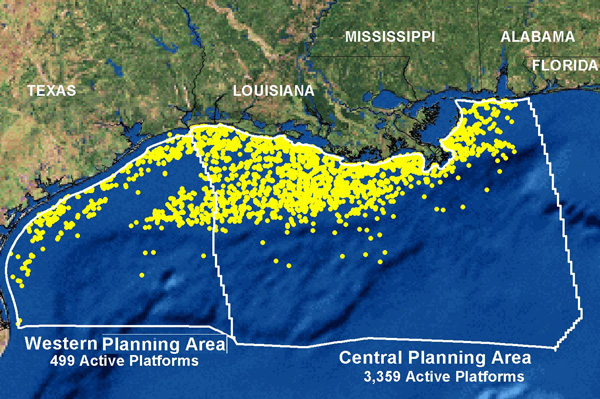 Illustration from NOAA: Take a guess on how may oil rigs exist in the Gulf of Mexico alone? Nearly 4000. All of them are regulated as well as BP's Deep Horizon. 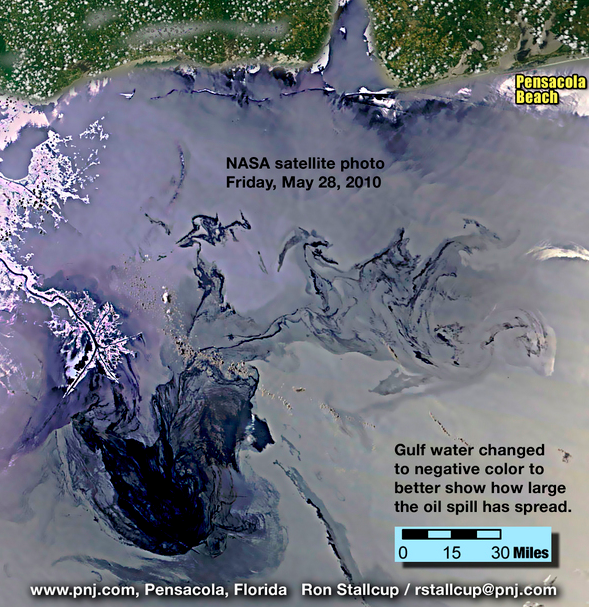 Finally, I present this set of pictures.  After viewing them I didn’t know whether to weep or vomit.  And sometimes because you need to laugh to keep from crying…”You know what the say about the ocean, once it goes black it will never go back”.