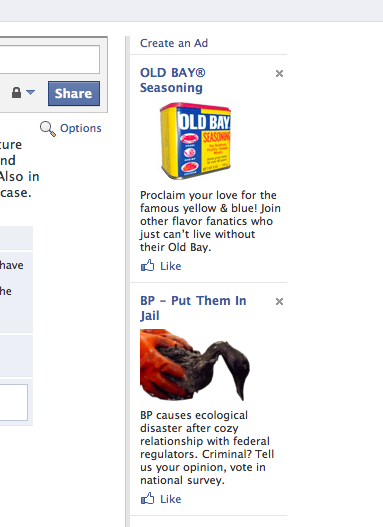 …the great taste of Old Bay Seasoning and oil-cured shore bird. Found these two advertising gems together on my Facebook sidebar this morning.  Not sure what else to say.