Some amazing new pictures were released this week from the final cruise of the ECOMAR program, focused around the Charlie-Gibbs Fracture Zone on the Mid-Atlantic Ridge. Researchers reported a distinct set of fauna on the East and West sides of this tectonic divide (despite these sites being located only a few miles apart), and recovered a slew of new species. Including a bunch of disturbingly phallic Acorn Worms: 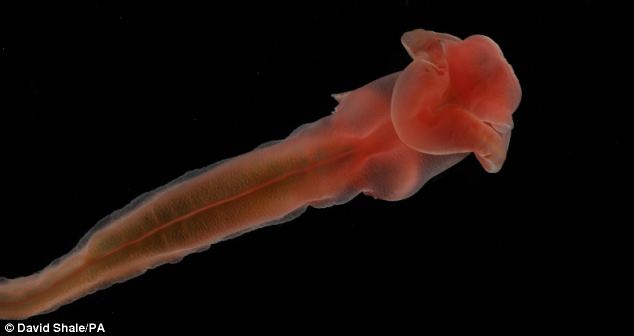 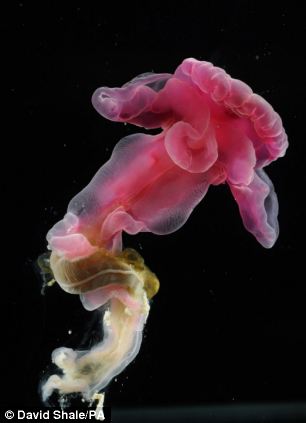 (All images courtesy of David Shale)

I was lucky enough to sail aboard the penultimate ECOMAR cruise last year, so I’ll let you in on a few trade secrets.

First of all, whenever you see these types of press shots you’re not looking at some wild, free-range deep-sea creature in its natural habitat. Nope, these pictures are taken in a fish tank (albeit a rather sophisticated-looking one) onboard the ship, using a huge macro lens. Most deep-sea things tend to be a lot smaller in real life. (The exception, of course, is giant isopods—those things are freakin’ humongous.)

Secondly, all those pretty animals are dead as a doornail. Think about it—pulling up highly adapted species from the deep-sea is like rocketing a person into space without a spacesuit. The physiological toll is just too damaging to survive. To counter this problem, I have heard rumors of BBC people using creative solutions to make deep-sea fish appear more animated on film (methods involving glue and toothpicks?!?) but I can’t vouch for the validity of such speculations.

Don’t get me wrong—I absolutely adore these pictures and have great respect for deep-sea photographers. Very few people have the opportunity to get on a scientific research cruise, and these press images instill a serious sense of awe and wonder. Plus, they look much cooler than my amateur photos that show random gelatinous blobs strewn out on a lab table.

One Reply to “Revealing life at the Ridge”