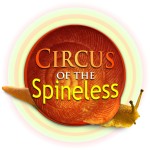 The latest Circus of the Spineless (edition #53! zOMG!) is up at Birder’s Lounge. Amber has provided a wonderful assortment of spineless specialties on the menu for your culinary perusal.

“Ok, if you HAD to look at insects and their spineless ilk as food, what would your menu look like? Would it resemble the menus of birds, herps, mammals – even other insects?”

Monkey Fist has her latest Maritime Monday up at the gCaptain blog with lots of great links from the last week in the Oceanic blogosphere: Oily to Bed, Oily to Rise.

Aydin, a PhD research scientist and expert in malacology, agrees with my sentiment that chocolate with bacon is an ABOMINATION. He has a PhD, trust him.

“Chewing on bits of bacon fat after all the chocolate has melted away is not what I consider a desirable gastronomic experience.”

Sea Sheeptard “Conservation” Society has decided to stop throwing rotten butter at Japanese whaling ships. Apparently they were using projectile launchers, which… you know… launch items at high speeds and have the unfortunate effect if it should hit someone to you know… kill them! Another hypocritical move and outright lie as “Captain” Paul Watson has been saying for years they never use guns or violent weapons (look at any statement from SSCS in the last few years). Well I’ve got news for you guys, guns are projectile launching devices! I’ll just let Propaganda Buster explain (love this bastard!).

Seriously though guys, chocolate-covered bacon?? WTF?? Have we not matured as a society?

One Reply to “Linkiteuthis dux”