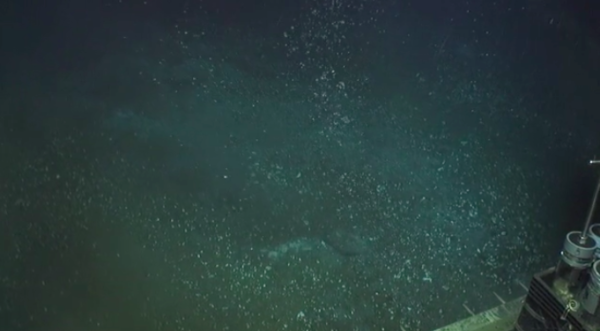 Video (link) from the remote operated vehicle Jason of methane-rich bubbles streaming from the seafloor on an active seep area on Hydrate Ridge just offshore of Newport, Oregon. Methane seeps are created where faults in in the sediment allow methane buried in deep deposits to seep upward toward the seafloor.  This methane can form ices known as gas hydrates.

One Reply to “Methane Bubbles”