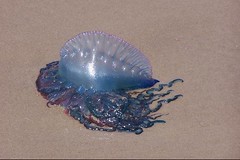 More links than I've tentacles for!

What happens when brilliant, motivated people who never sleep don’t have enough to do as it is? They create a very useful and awesome science blogging aggregation website! Needless to say Scienceblogging.org is now my homepage, supplanting Google after Kraken knows how many years.

Bora has posted the first edition of what promises to be THE BLOG CARNIVAL for the new decade: The Carnal Carnival! Each month covers a new topic and the first editions the most fundamental of deeds – Essentials of Elimination. Follow the Carnal Carnival homepage to keep updated on topics and postings. Hosting spots filled up quickly, but you can sign up to host for December 2011 or after!

Samia at the 49% blog posted a graduate student carnival. Lots of great links collected. The take home message is that there is a thriving online community of graduate students and people who have gone through the process and are supportive. Its important to find a community, whether online or in real life of people going through this process with you. I’m starting grad school for the second time now (for my PhD), having thought I’d never return after a difficult masters! Both my real life colleagues and online friends were imperative for helping me get through it emotionally as well as intellectually.

Winter in the deep? Hannah at Culturing Science has a great post on the research on marine snow – dead organisms and poop as manna from heaven to the deep seafloor.

The Naked Scientists is a well-done radio program that discusses the latest research each week. They appear to be starting a new internet radio program called Naked Oceans! Listen, download or subscribe to their program. The first is on climate change and the oceans.

The Encyclopedia of Life blog discusses Giant Squid! Listen in to their podcast on Operation Calamari.

A neat, short animation narrated by John Cleese about how animal (can’t) evolve fast enough to adapt to human-accelerated climate change put together by the Monterey Bay Aquarium. Click around to learn what small actions make a large difference!

Wired Science has a good article (not just because they quoted our very own Dr. M) on new research published last week concerning that oil that was declared absent. MISSION ACCOMPLISHED!!! Right? Well, not quite! Dr. M covered this new paper the moment it came out as well.

The difference was drastic, but relatively easy to explain. NOAA considered oil dissolved into the water or chemically dispersed as being gone. To the Geogia [sic] researchers, it was no more gone than sugar stirred into iced tea. Georgia ecologist Charles Hopkinson called the government “absolutely incorrect,” saying “the oil is still out there, and it will likely take years to degrade.” Soon after the Georgia team’s declaration, researchers from the University of Florida reported finding oil in critical deep-water fish spawning grounds.

The Guardian also discusses the more political side of the government’s reversal of its overly optimistic oil spill report. The quotes from Florida deep-sea scientist Ian MacDonald are priceless.

All Things Considered on NPR also has a segment with an interview with US Representative Ed Markey (D-MA), a vocal opponent of the government’s unfounded assurances of the oil recovery process.

A very interesting article about how fishermen feel about re-opening the Gulf fishing grounds at Yes! Magazine.

“Gulf Coast fishermen do not want to sell tainted seafood but are being forced, by the premature opening of inland and gulf waters to commercial fishing, to choose between a clean gulf or their livelihood,” according to a press release announcing the event. “Fishermen would rather work cleaning the severely damaged gulf than selling tainted seafood.”

Just when you think things couldn’t get worse, Grist reports that BP is dumping the Gulf clean-up oil waste in communities of color. Apparently, 61% of the waste has been dumped at landfills in predominantly-black communities in Gulf Coast states. These communities are already bogged down with decades of toxic waste and have significantly higher rates of cancer, asthma and other environmental health problems. Where are their claims checks?

Bluegrass Blue Crab of Southern Fried Science has an excellent ResearchBlogging post on petroleum byproducts and their effect on coastal ecosystems.

One Reply to “Portuguese Man-o-Links”