My first week in the Gulf of Mexico has been a whirlwind of labwork, long drives, and airports, but its been a productive trip so far.  Yesterday was my first real sampling trip, and what a day it was!  We chartered a boat from Dauphin Island’s marine station in Alabama with a view of getting cores from offshore and shallower coastal sediments. 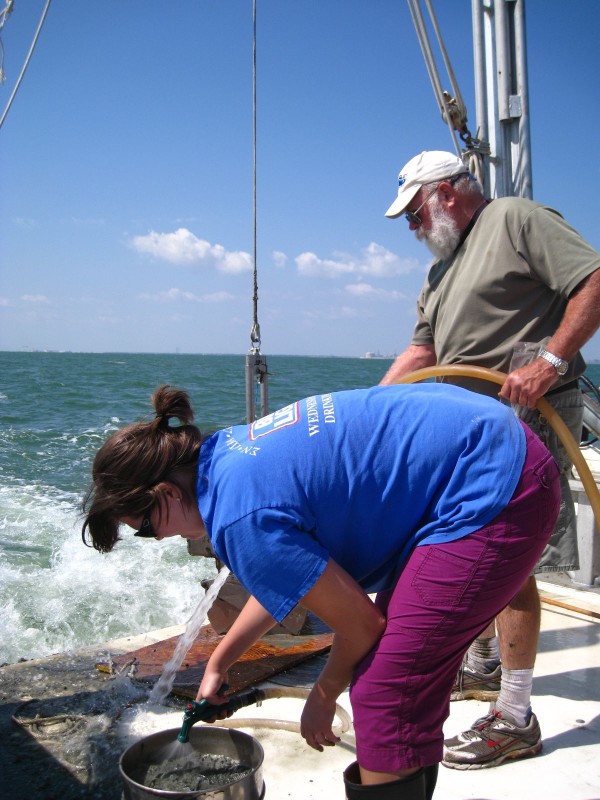 Processing sediment in the heat--thank goodness for an air-conditioned cabin! 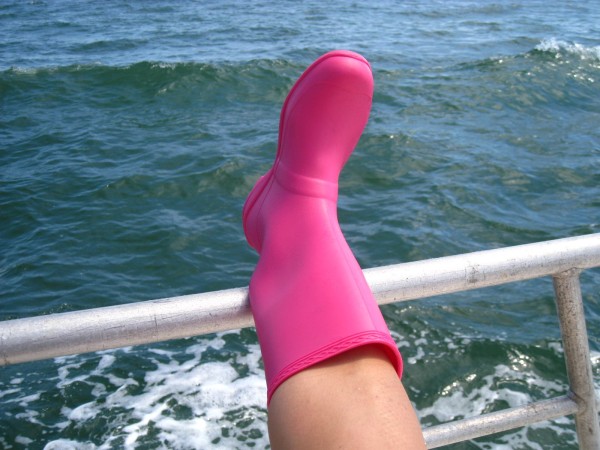 My awesome pink boots--you CAN be chic while sampling, dahling

Unfortunately, the seas were getting quite rough as we went further offshore, so we weren’t able to sample any truly deep sites.  This was a bit gutting—I really wanted to find out if this deep layer of oil is common in offshore sediments.  However, we did get some nice samples around Petit Bois and Dauphin Islands, sampling both inside and outside of the barrier islands.  One of the boat crew, Willie, was actually working as spill cleanup crew this summer, and so I followed him around (there’s nowhere to escape at sea!) and badgered him with questions.  Dauphin and Petit Bois were hit pretty bad back in June, with huge slicks of oil washing ashore.

The thing that struck me yesterday was that everything at sea seemed just…fine.  No surface slicks, no oil in our shallow cores, not even any flurried activity of cleanup ships.   There were still a few cleanup crews visible on the beaches, but Willie doubted that they were doing any real cleanup (besides sweeping the sand for possible leftover oil).  Actually I wouldn’t have even known they were cleanup crews if I hadn’t had someone who knew what to look for.  Believe me, I was looking for oil.  I was feverishly scanning the water as we steamed.  I was smelling the air.  I was smelling all the mud that came up—I even almost tasted it.  Nothing.

This is worrying.  A LOT of oil went into the Gulf, and we only skimmed up a tiny fraction.  If its not coming ashore anymore then most of it must have sunk.  I think we’ll continue to get more and more evidence of this.  Even Willie was cursing the use of dispersants—he explained that it was fairly easy to contain and suck up surface slicks, but once it sinks then you can’t get to it. 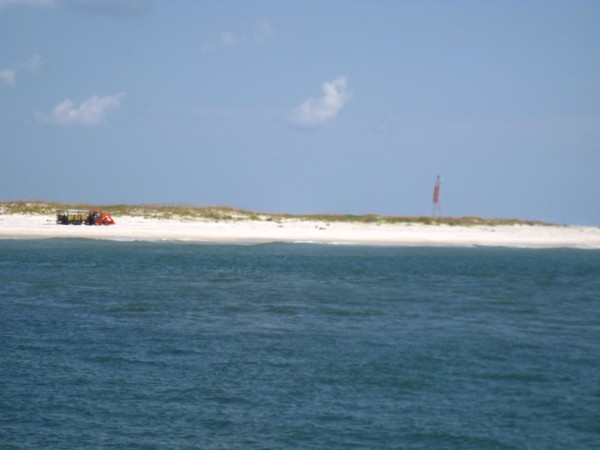 BP Cleanup crews on beaches, looking for oil in sediment 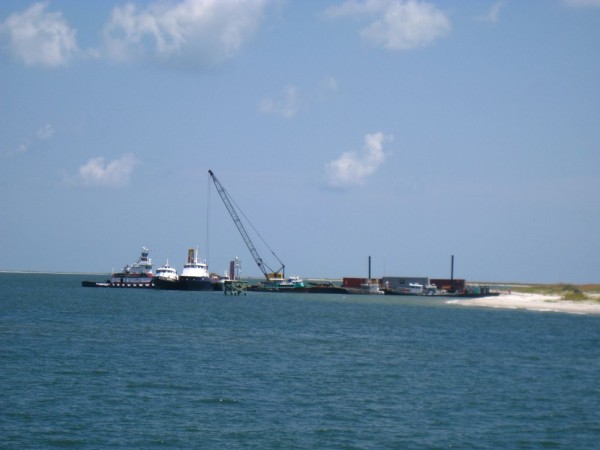 Today I’m starting the shore sampling, so I’ll keep everyone updated about the state of the beaches.  I want to see at least one tarball, or else I’ll feel left out.